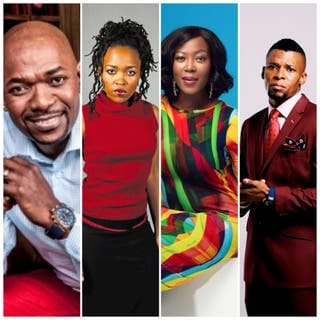 Nkunzebomvu Mhlongo aka Nkunzi is the king of Uzalo.

Nkunzi is the ultimate baddie of KwaMashu and remains undefeated.

Uzalo Nkunzi Actor
Over the years he’s had some formidable rivals like Khathaza and then his sons Godfather and Thulane, they’ve all managed to one up Nkunzi in one way or the other.

He’s also been challenged by his own family members including his wife, MaNgcobo, his son Sibonelo at one point or another.

Nkunzi has suffered some pretty heavy hits in the past and he been down in the trenches like the rest, although he always manages to make a comeback.

At the moment there is no main rival going head to head with Nkunzi but not to discount the plotters like MaNgcobo and the return of Thulane from the dead, who is definitely going to be giving Nkunzi a headache.

We would like a new player in KwaMashu, someone who runs a whole empire and can go head to head with Nkunzi.

We want a new rival and villain who will fire missiles and drones at Nkunzi, strike fear in his heart and have him reevaluate and re-earn his street cred.

These 4 Actors would make excellent rivals for Nkunzi.

Menzi Ngubane is no stranger to playing crime bosses and villains. His stint as the baddie Judas Ngwenya on Isibaya definitely earned him his stripes and street cred. He’s also played the devious Sibusiso Dhlomo aka Ngamla on Generations.

Him being arch rivals with Nkunzi on Uzalo would make the rivalry of the decade, no lie

Nothing like a formidable and ruthless female gangster to shake up things in KwaMashu.

Seasoned actress, Moshidi Motshegwa would definitely give Nkunzi a run for his money.

Her acting range is meteoric, she does know how to play the super villain. Who can forget her as the unstable and and calculating Naomi Fischer on Rhythm City.

Moshidi’s monologues and speeches where she mixes languages including Afrikaans, would rival Nkunzi’s own. These two going up against each other, Moshidi will go scorched earth policy on KwaMashu.

He’s fairly young, meaning he would be a real thorn in Nkunzi’s side.

He’s earned his baddie stripes as Gaddafi on Generations. Vuyo Dabula can definitely do gangster, and can pull of the callousness and cruelty trope most villains are known for. He’s a hottie so he’d definitely steal Nkunzi’s wives and daughters.

In August, Vuyo was touted to be joining Uzalo but it turned to be an untrue story, although fans were really happy.

She’s not a stranger to playing villains with an acid tongue and a devious mind.

If she were to be Nkunzi’s rival, she would definitely bury him.

Her stint on The Queen as drug queen pin, TGom definitely sold the character as a thug. She would have no trouble with gun welding and she would be at home in Mbatha’s church too.

Not like it’s going to happen, but should one of these four become Nkunzi’s rivals on Uzalo, there will be war!