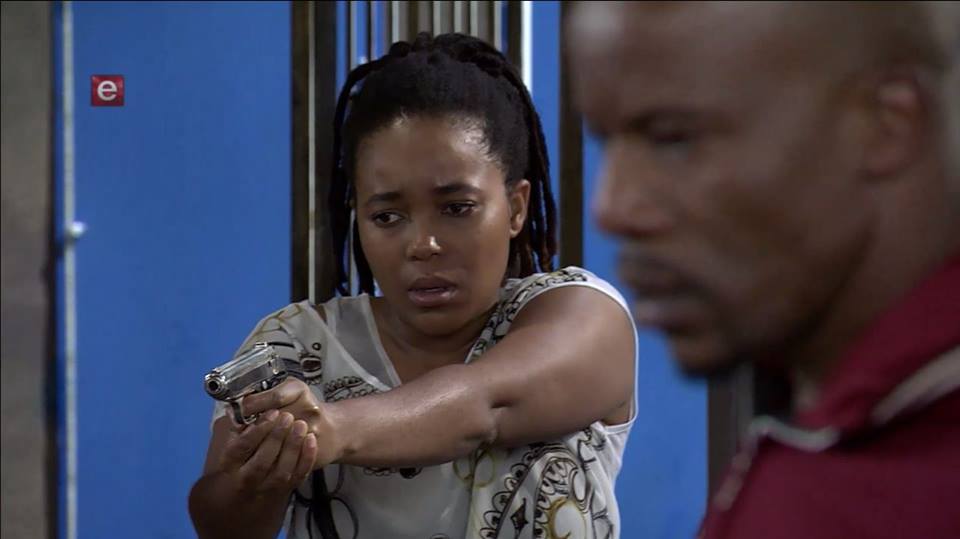 Better known by the masses as Puleng from Rythm City, Tebogo Khalo is one of the most famous faces in South African television. She’s won the hearts of South Africans playing the sweet, caring and goal-driven Puleng Mofokeng on the ETV soapie. Her hot and cold relationship with Suffocate is one of the longest-running on our TV screens and off course we love her banter with her onscreen mother, Cuba.

Her hard work hasn’t gone unnoticed, in 2011 she won a golden horn for best-actress at the South African Television Awards.

Although Rhythm City is set in Soweto, Diepkloof, Tebogo is originally from Alex, North of Johannesburg. She was born and grew up there.

Khalo got married traditionally to her husband in 2011. The two had been dating since 2006.

4. She Doesn’t Want To Have Kids

Although the actress comes from a big family, she’s revealed in an interview with Move Magazine two years ago that she doesn’t want to have kids of her own.

5. She’s One Of The Longest Serving Rhythm City Stars

Khalo is one of the longest-serving stars on Rhythm City together with Fats (Mpho Molepo), Mduduzi Mabaso’s Suffocate and Bra Kop Khuse (Sehlabi Taunyane). She’s been on the drama since it’s inception in 2007.