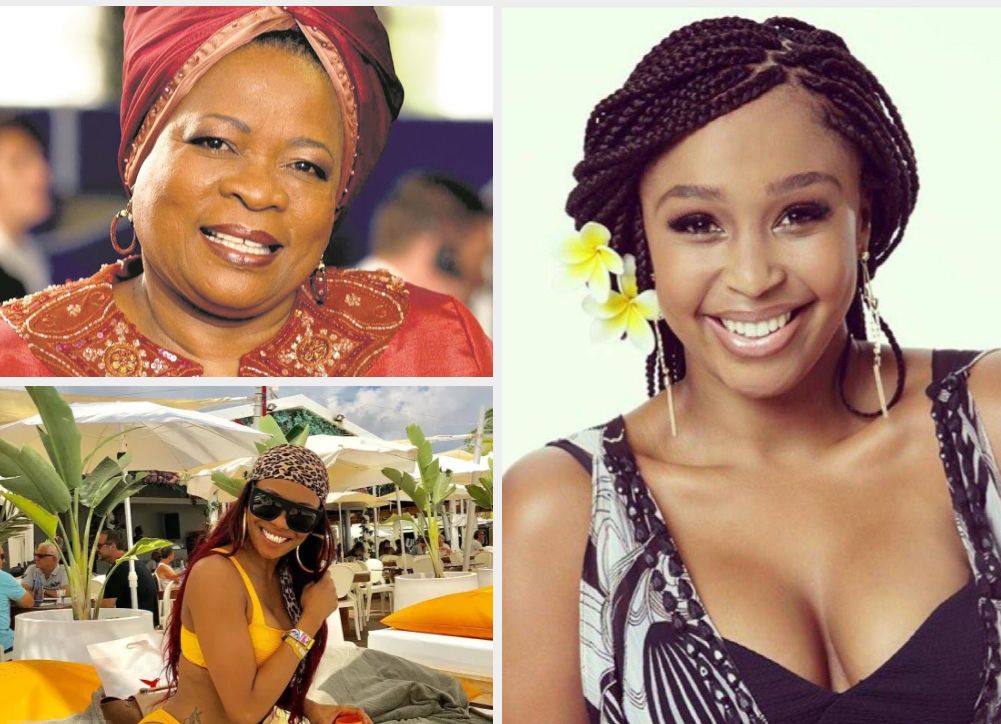 There used to be a time when it was taboo for women to talk about s.e.x – and although we haven’t all moved on from there, some women have rightfully decided that that era of closed-mindedness is over

These days, many of Mzansi’s biggest celebrities have led the way in speaking about s.e.x unashamedly and it goes without saying that their influence has helped encouraged other women around the country who might have feared judgement for airing their wild wild thoughts (cue Rihanna and DJ Khaled’s song).

These famous women are embracing their s.e.xuality with confidence and empowering other women to do the same in the process!

Lebonza has always been outspoken and confident, but in recent years she has made it clear that her thoughts and opinions cannot be policed by patriarchy.

The presenter isn’t shy when it comes to talking about s.e.x and she doesn’t want you to be either.

Minnie’s tweet about being d***matised surprised her entire timeline, but for many it was a moment of liberation rather than one to be judged.

Oh, and her wording was pretty damn hilarious too!

Zenande Mfenyana’s conservative followers were shocked by her comments about craving “rounds” this weekend but the actress swiftly put her critics in her place.

Why should a grown adult woman be shamed for enjoying consensual s.e.x?

Ntsiki Mazwai is not afraid to share her opinion on anything, least of all the topic of s.e.x.

She has interesting views on “s.e.xual energy” and how best it ought to be preserved for the right moment.

Just like Ntsiki, Zodwa isn’t ashamed of anything to do with her personality, least of all her sexual aura. The dancer exudes s.e.xual energy with every step she takes and according to Khanyi Mbau, she could “seduce a wall”.

Regardless, she has never let negative feedback hold her back from expressing herself.

Mam’ Lillian Dube might not be the first person you expect to speak on the matter of s.e.x which makes her opinions even more valid.

She has spoken candidly about her fluid s.e.x-life and how she owns seven vibrators.

Moonchild Sanelly should probably be appointed as the Minister of S.e.xuality.

Not only is she comfortable with her own, but she has embarked on a mission to ensure that people are openly comfortable with their s.e.xual identity too. She even opened a nightclub dedicated to exploring and embracing s.e.xuality!