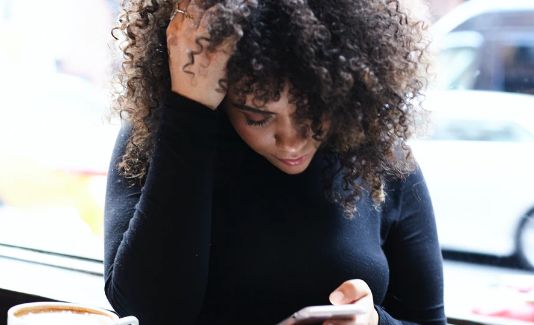 Of course, you are always susceptible to the charming advances of a sweet and kind man. He can put on a few moves here and there, whisper a sweet nothings every once in a while; and he’s going to have you eating out of the palm of his hand. And for a while, it’s going to seem like what you have is something real and sustainable. You might be duped into thinking that you have some serious potential to turn your young relationship into something really hot and heavy. However, as you get deeper into the thick of things, you will slowly start to realize that things aren’t as great as they seem. And you will end up regretting ever getting invested in this kind of man at all.

Yes, the perfect man doesn’t exist; and you’re probably mature enough to be well-aware of that fact by now. You aren’t a perfect woman after all; and no one is expecting nor asking you to be. Each and every one of us are going to come with our fair share of flaws, blemishes, and imperfections. But also, you can only tolerate so much. It’s okay to have a guy who is flawed; someone who stumbles every once in a while. But there also some men who are just downright losers and you shouldn’t even be wasting your time with them in the first place. Of course, you might be helplessly in love with this guy. But you always need to make sure that your love isn’t blinding you. You need to make sure that you are seeing things from as clear a perspective as possible. You can’t allow yourself to play a fool in your own love story. You don’t want to be investing yourself in something that shouldn’t even be worthy of your time.

It might be a little unfair to group guys into certain categories. Everyone is unique after all. However, there are really just certain types of men who carry with them certain personality traits that make them unfit to be in serious mature relationships. And these are certainly the types of men you should stay away from.

1. THE MOMMA’S BOY
This guy just has way too many mommy issues; and you’re not going to want to have to deal with any of it. He’s going to end up treating you like a second mommy.

2. THE REBOUND
If you’re just coming from a breakup, then take some time to heal for a bit. Don’t rush into getting into a new relationship with someone else just because there’s a void you want to fill. And make sure that you aren’t someone else’s rebound either.

3. THE LITTLE BOY
It takes two mature human beings to make a real relationship work. If you are in a relationship with an immature little boy, then it’s unlikely your relationship is even going to survive.

4. THE ONE WHO NEVER SHOWS UP
What’s the point of having a boyfriend if he’s never around to keep you company? You need a man who is always going to show up to you; someone who sticks to his promises and commitments.

5. THE CHRONIC LIAR
You can’t be in a healthy relationship with a guy you can’t trust. It’s just impossible. It can’t happen. That’s why you shouldn’t be with a guy who just tells lies all the time. You won’t be able to know when you can trust him.

7. THE NEEDY ONE
It’s really hard when you get into a relationship with someone who is excessively needy. Yes, it’s nice to feel needed in a relationship. However, you don’t want someone who is going to rely on you for EVERYTHING. You still want a man who can be independent.

8. THE PLAYER
This is the man who is only going to end up treating your relationship like a game. He won’t be taking you seriously at all – and so there’s no reason for you to be taking him seriously either.

9. THE COMMITMENT-PHOBE
It should probably be self-evident as to why you shouldn’t even get into a relationship with someone who is afraid of commitment at this point.