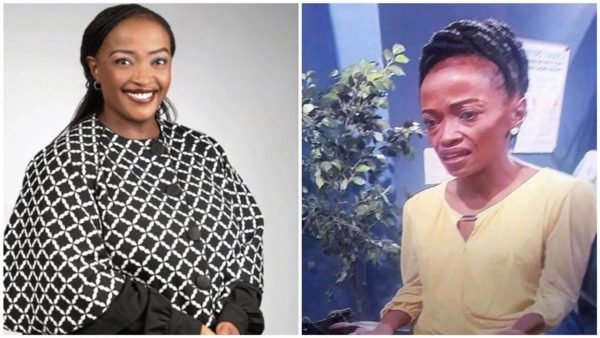 Many people want to lose weight and have it earmarked as their resolutions every year. However, for some, the goal of losing weight raises eyebrows and this is the case with actress Mashsaba Moshoeshoe weight loss journey. The actress appeared on Muvhango after some years off the screen and people could hardly recognize her.

Better known for her role in TV soapie Scandal as Mmadika Molefe, Moshoeshoe recently appeared in Muvhango as Mmago Doc and viewers were shocked at how much weight she had lost. Many started to speculate that she was not feeling well though there is no truth to the claims.

Moshoeshoe was born on the East Rand, in Katlehong. She was still studying at Wits University when she first got involved in television.

She started off as a sports presenter on the former TV1’s Junior TopSport and SABC’s ex Astra Sat, a satellite channel.

She then moved into live television with TV education’s Tshisimani, an interactive one-and-a-half hour show filled with interviews with educators, learners, inventors and government.

Her next project Take 5 was a similar, more focused show that included a live talk show with a studio audience and calls from viewers.

She has presented a number of television programs such as Beyond on 3 and Getting PC. She has also presented TV shows like Morning Live and Motswako, which she also worked on as Producer.

She is also host of the live debate TV programme The Big Question and the periodic live 2-hour interactive quiz show Test the Nation.

She is a highly sought after voice artist and MC as well.

Her acting career began in the soapie Isidingo where she played no-nonsense newspaper editor, Seipati Khumalo.

She has since played legal eagle Dineo Mbatha – a prosecutor in Justice for All 1 and 2 – and currently hosts Kaya Talk, a Current Affairs and Lifestyle Talk Show on Kaya FM 95.9.

Advertisement
Related Topics:Mashsaba Moshoeshoe
Up Next