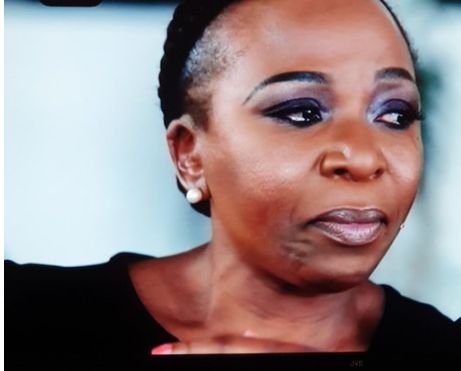 Veteran actress, Vatiswa Ndara has been the talk of the town for almost two weeks now.

Her acts of sheer bravery and activism didn’t sit well with some in the industry and have led to her being labelled a ‘diva who is greedy’ for questioning some irregular systems in place.

On last night’s episode of BET’s Behind The Story, Vatiswa Ndara continued to paint quite a sad and grey picture of the state of the Arts in Mzansi. Myriads of other topics were openly discussed on the show and viewers felt a lot of empathy towards Vatiswa after pouring her heart out.

The general sense of Tweeps’ comments show that many didn’t know that their faves are going through the most behind the scenes.

Vatiswa Ndara is exhausted. The industry drained big old sis, you can see through her that she is tired. #BehindTheStory 😭😪

Wow to think that we celebrate our TV stars and always looking forward to them appearing on TV,but to find out how mistreated,unhappy doing all they could, their best to make our screens entertaining. Vatiswa I'm so sorry. I hope God open more great doors for you.#BehindTheStory

Vatiswa hurts me maan. Their industry is destroying their spirit, I hope she finds the healing and the peace she deserves in her life… Is2mash#BEHINDTHESTORY pic.twitter.com/NuVaApYXTH

“I don’t think I’ll ever be called again,” are the words that pierced through the hearts of the viewers, as Vatiswa relayed her story.

In America, Oscar award winning actress Monique was blackballed in the Hollywood scene for the longest time.

This came after she refused to do press runs without being paid by the producers of hit movie, Precious. The actress has since called out Oprah Winfrey and Lee Daniels for not “having her back” when things quickly turned sour for her career.

It looks to be the case with Vatiswa… same script, different cast.

AKA Dares Burna Boy to Hit Him In Mzansi