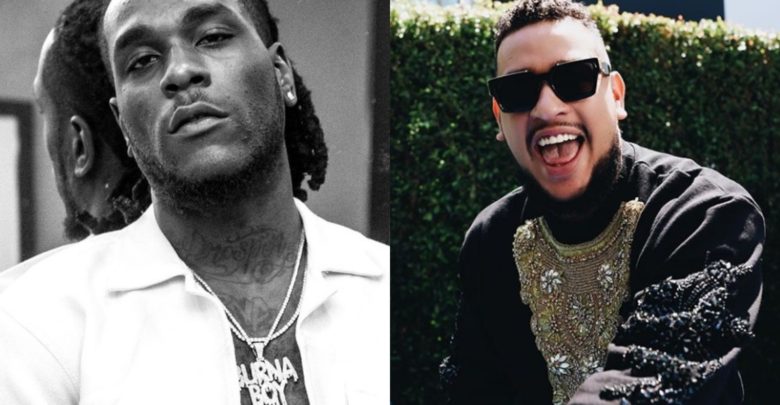 Fresh off the news that he has just gone Diamond, AKA has reminded us that he doesn’t let anybody take him for a you-know-what after issuing a “come and try me” message to Burna Boy.

We’re all still wondering what the hell happened between these two. AKA and Burna Boy were two of the finest African collaborators the continent had ever seen at one stage. They gave us All Eyes On Me and Baddest; in fact, we were ready to give Burna Boy South African citizenship for his contribution to both songs. And then? Xenophobia happened.

The truth is, something clearly contributed to these two mega stars falling out, but their beef reached a fore in 2019 when Burna Boy issued a rant in Mzansi’s direction, swearing that:

1. He would never set foot in SA again.
2. He would beat up AKA if he ever saw him again.

This rant came at the height of this year’s xenophobic attacks and at the time, AKA seemed to be determined to calm the waters down.

However, if we thought Mega was going to let the threat against his safety go without reply, we had another thing coming. Burna Boy

Advertisement
confirmed that he would be coming to Mzansi after all (he has two big shows billed for this Summer). Instead of celebrating the news, however, AKA sent a warning shot in the Ye musician’s direction.

“I would love to attend this show and watch this man put his hands on me in my own country.”

He also shared a little reminder of what exactly Burna Boy said about visiting South Africa:

I would love to attend this show and watch this man put his hands on me in my own country. https://t.co/SyrK5fS1VE

I don’t delete tweets like @burnaboy … We were told it’s on sight, and that it was “On Gambo” … Woza. We want to see it with our own eyes. https://t.co/e3il3wbhll

Do you think that AKA and Burna Boy are going to square off when the Nigerian muso touches down in SA?

Actress Vatiswa Ndara Bares Soul After Being Fired From Muvhango