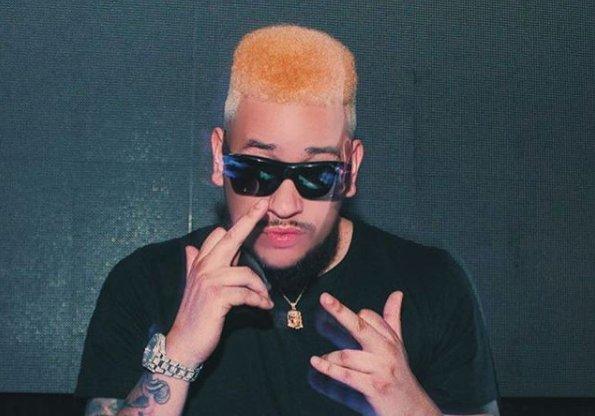 AKA is all about that flashy life – as most rappers are…trips overseas (flown first class of course), designer clothes, iced-out bling and super-fast cars.

But there’s just one problem – whilst AKA has been out splurging the cash, he’s forgotten to pay his dues to the taxman.

Super Mega allegedly owes SARS more than R350 000, according to Sunday World. The publication reports that AKA ignored a final letter of demand sent to him back in August to make payment or face the consequences.

The letter gave AKA – real name Kiernan Jarryd Forbes – the option of making a payment plan if he could not afford to pay the entire amount.

Have an awesome weekend! 🤘🏽 Watermelon 🍉 & Red Bull is my mix … what’s

Advertisement
yours? And oh … PLEASE don’t drink and drive. If you drink, get driven … preferably in the car of your dreams. Happy Friday! Take it easy! ❤️❤️❤️ @cruzvodka #EverybodyLOVESWatermelon

The letter in part reads: “According to the records of the South African Revenue Service, you have failed to settle in full your outstanding tax debt in the amount of R355 676.98.”

The World Is Yours rapper has now had 2 cars; a BMW i8 and BMW X6 and 2 homes seized over the hefty unpaid bill

AKA has yet to respond to the reports regarding his financial woes being made public and is likely trying to do damage control behind the scenes.

Sorry Super Mega; you can’t be the baddest if you don’t pay your bills!