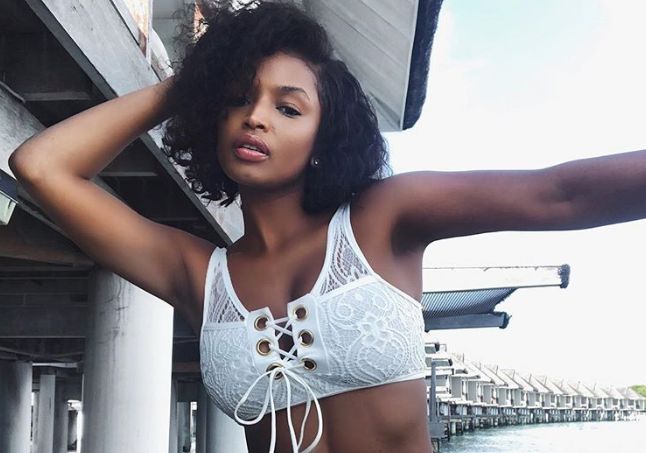 ZAlebs has been rocked by claims made by an anonymous source which suggest that Ayanda Thabethe may be involved with a man who has already promised to marry another woman.

It hasn’t even been a year since Ayanda Thabethe famously split from her boyfriend, Dash in what appeared to be an amicable split, and now her love life is in the spotlight once again.

The story begins in June of this year, when she was first linked with Lerato Kganyago’s ex-boyfriend, Papi Rabolai. According to Sunday Sun, the two of them have made an extremely cosy couple and those close to Ayanda have told the publication that she’s the happiest she’s been in a while. However, some new information which made its way to our inboxes over the weekend looks ready to throw a spanner into the works because according to our well-placed source, Ayanda’s new bae might already belong to someone else.

This weekend ZAlebs received information that Papi is in a serious relationship with local lifestyle blogger, Sibahle Magadlela. “How serious?” you may ask, well here’s what we know so far:

-Papi and Sibahle have a

Advertisement
1-year-old child together, and the travel and food enthusiast lives in an apartment which Papi is currently paying for.

-Papi has even introduced the 25-year-old to his family and has “promised” engagement.

-Papi has spoiled Sbahle with a number of high profile holidays over the past few months.

But here’s where things get sad; Sbahle knows about his “secret” relationship with Ayanda Thabethe and is upset by the fact that he’s flaunting a romance around while he had promised to marry her soon.

It’s not clear if Ayanda is aware of these claims, but she doesn’t appear to be too fazed by any rumours around Papi’s love life because as recently as this weekend, the presenter was more than happy enough to sneak a quick glimpse of the Pick n Pay executive on her Instagram stories.

Attempts to reach Ayanda and Sibahle at the time of writing were unsuccessful but this will be a story that the ZAlebs team continues to investigate until we have clear answers!

Trouble In paradise For Kelly Khumalo And Chad Da Don

Solo & Dineo finally spill the tea on their white wedding