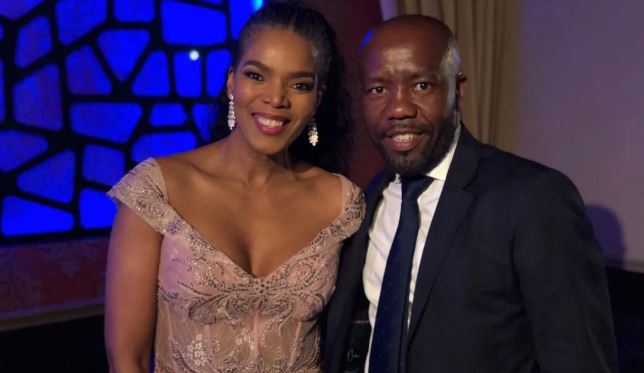 Mlamli Mangcala who played Captain Sthembiso Radebe on The Queen Mzansi reveals why he left the soapie. Fergusons Made Me Pay To Appear On TV:

Mangcala accuses The Queen Mzansi owners Connie and husband Shona Ferguson of lying and deception. He revealed that the couple owes him money since season one. In his narration he exposed the show directors for exposing him to the worst working conditions.

I played Captain Sthembiso Radebe since season one. It was a small role that was going to take 2 months. The channel and Ferguson films loved the character and decided that I continue for a year.

I accepted their offer during the two months so as to be in their database. I’m based in CPT and I had to fly myself, accommodate and also accept a rate that was three times less than my normal rate.

When they asked me to stay in for a year I asked if we could look at my rate, traveling, accommodation and podium. They promised to do that when we go to season 2. I accepted although they gave me a take it or leave it attitude when we got to negotiations for season 2.

This time they accommodated me at the Khoza mansion that has more than 6 bedrooms. I was however sharing a bed with the gentleman who was looking after the House. I complained about this but it was never sorted.

In October I told them that I will no longer afford to travel to Johannesburg and also can no longer share the same bed with another guy. They promised to sort everything out in season 5 and I have written documents of that. They paid for my flights from October until December from Cape Town to Joburg and I had to fly myself back in 2020 for the contract negotiations.

They promised that my rate should will be corrected, accommodation and traveling expenses also to be accommodated. To my surprise they called me last month to tell me they will be killing the character because Gomoras date went up and they needed something that will hike their ratings.

I’m in Cape Town and they wanted me to come back to Johannesburg this week driving my own car and they will only pay for my inbound travelling expenses and I would have to foot my own expenses back. The Ferguson films made me to pay for being on TV.

I lost my car and also was in the verge of losing my house until the in-laws rescued me. I had to adjust the standard of my living and the painful issue is that my kids had to adapt to this nightmare. They gave me an offer in the name of talking to the channel knowing very well it was a deception.

Has DJ Maphorisa Fired Faith Nketsi From His Label?