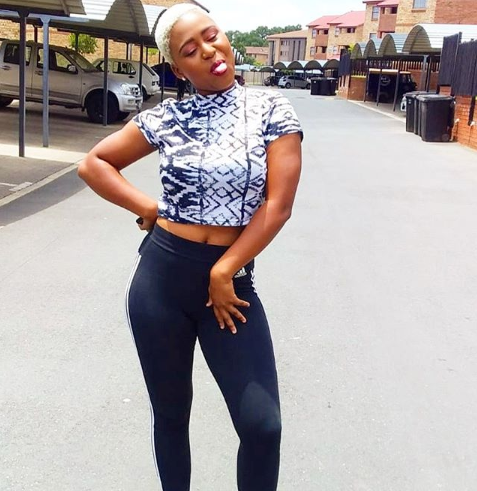 Rhythm City star Mbalenhle Zakwe has come forward to set the record straight. She told Daily Sun she was gatvol of rumours that she was dating maskandi artist Phumlani “Imfezemnyama” Khumalo.

She said although she had a bond with Imfezemnyama, there was nothing more.

“I’m not dating Imfezemnyama and it will never happen. He is my brother and I feel comfortable around him. These rumours started to intensify when we were doing his latest album Phumlani: Lakokota.

Mbalenhle said she had been working with Imfezemnyama since 2018.

“He saw me signing at an event and he loved my voice. This year, he convinced me to join him in the studio. For this reason, we have been spending a lot of time together,” she said.

“I don’t know the source of these rumours, or the intention behind them. My only guess is someone is jealous of my little achievements.”

She said Imfezemnyama was actually her neighbour in Nquthu, KZN.

“I normally don’t like discussing my love life in the media, but I decided to talk about this because people might have wrong assumptions.”

Imfezemnyama said: “These rumours have been circulating for a while now, and I don’t know who is behind them. I have a wife and I’ll never cheat on her. I also know Mbali’s boyfriend and he can trust me with her.”

Masasa Mbangeni has badness news, show off there is a famous Actor who has died

Full Details: What actually happened, She chopped off her Boyfriend’s private parts