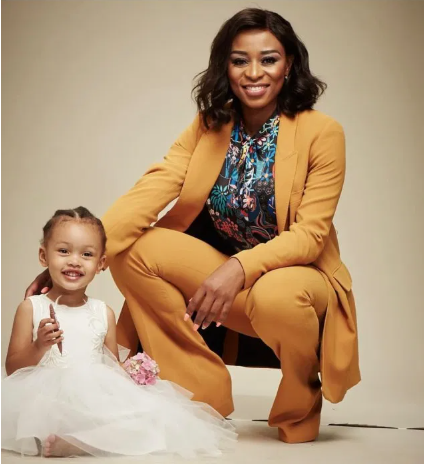 DJ Zinhle is used to people saying things about her on social media but when it comes to her four-year-old daughter Kairo that’s where she draws the line.

On Monday, the DJ found her daughter being dragged on social media after her father rapper AKA responded to a tweep by letting them know that Kairo is 10 times richer than the tweep and she can neither read or write.

The comment unleashed the trolls, with many attacking the fact that the four-year-old was unable to read or write, this lead to Kairo’s name trending at number one Twitter.

Kairo is 10x richer than you and she can neither read nor write. https://t.co/Qs9pGB5C8Y

DJ Zinhle caught wind of her daughter trending on the platform and shuu was she angry and let her fingers do the talking. Zinhle clapped back at those coming for her daughter unprovoked and asked for her child not to be attacked.

“I don’t care who said what… Leave my child alone. She is 4 years old… I don’t care what anyone does, Kairo is a child and should not be attacked. If Kairo does something to you, then come drag her,” tweeted Zinhle.

I'm not here to talk or discuss Kiernan. I am here to say that Kairo is 4 and nothing, absolutely nothing justifies attacking her on social media. https://t.co/Nge6Zv0KQW

The sad thing about these bullies is that they'll say anything to justify their actions.

One more time, I don't care who did what, unless Kairo came directly to you and said something, leave her alone. SHE IS 4 YEARS OLD!

Deal with whoever offended you and leave my child alone

The DJ went on to ask that can people stop making her look weak when they made their points by saying “poor Zinhle this, poor Zinhle that”.

My child is OFF LIMITS!

Some tweeps felt that Zinhle should be addressing AKA but she stood her ground and let know there is no need for her to tell anyone anything and if people have a problem with Kairo’s father they should take it up with him.

Advertisement
Related Topics:AKADJ Zinhle
Up Next

Is Kwaito Falling For His Ex Girlfriend Glenda Again? #SkeemSaam