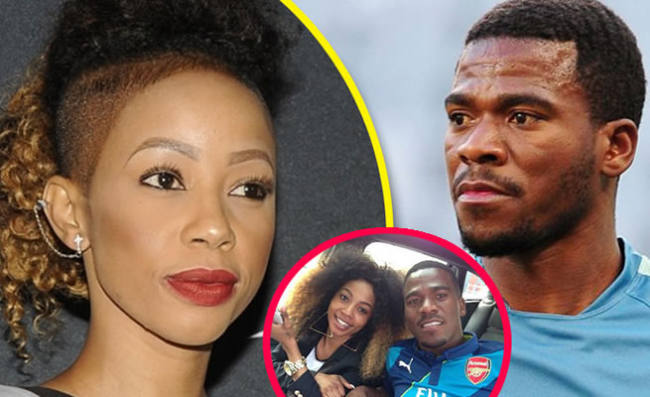 AfriForum will make an announcement regarding the civil rights organisation’s involvement in the murder case of Senzo Meyiwa, the former goalkeeper and captain of Bafana Bafana. Senzo Meyiwa was shot dead in a house in Vosloorus five years ago at the age of 27. No prosecution has to date been instituted by the National Prosecuting Authority.

The lobby group could announce that it would embark on a private prosecution in the case as, five years on, the National Prosecuting Authority (NPA) has yet to prosecute anyone. Last month, on the anniversary of Meyiwa’s death, his family said they had requested AfriForum’s help in finding and jailing his murderer.

The goalie was gunned down in Volsoorus, east of Johannesburg, in the presence of his girlfriend, Kelly Khumalo; her mother, Ntombi; sister Zandi; Zandi’s then boyfriend, Longwe Twala; his friends Mthokozisi Twala and Tumelo Madlala; and their son, who was four-years-old at the time. It was alleged Meyiwa was killed in a botched robbery.

A man was arrested in connection with the incident shortly after his death, but was later released and filed a lawsuit against police for wrongful arrest. TimesLIVE reported last month that as the investigation continued, Gauteng director of public prosecutions Andrew Chauke recommended that a new team take over the matter.

Over the weekend, City Press reported that the police now believe one of the people present in the house where Senzo was gunned down, is the culprit and that everyone present lied to police about who really killed the former Orlando Pirates goal keeper.

In a lengthy audio recording, obtained by City Press, a senior executive in the National Prosecuting Authority (NPA) tells a member of Meyiwa’s family that the police will again question those who were in the house at the time of Meyiwa’s murder.

The executive is heard saying that the people who were in the house when Meyiwa was gunned down lied when they made their original statements to the police in saying that a robbery had taken place.

“The crucial evidence was lost ages ago and all the witnesses who were in the house at the time of the shooting lied when they said there was an armed robbery when Senzo was fatally shot,” says the NPA executive in the recording.

Many South Africans also do not believe Senzo was killed by robbers. Music producer Chicco Twala made headlines earlier last year when a Twitter user claimed his son Longwe – who was dating Kelly’s sister Zandi at the time – used his gun to shoot the footballer after an altercation.

Chicco denied his gun was used, adding that he does not believe his son pulled the trigger.

But Chicco says the six people who were in the house at the time of the shooting know what really happened.

“Someone has pulled a trigger. Someone killed Senzo on that night. These six people knew who did it. Why are they quiet? I am not buying the story about the robbery, personally. Someone knows who killed Senzo, including my son, they must be arrested if needs be,” he told Power FM in an interview.

Zandi and Kelly, who were both present at the time of the shooting, have vehemently died any involvement.

“People will think whatever they want to think. We know what happened and the police know what happened. And if people have any doubts, they will have to sort that out with the police. The police would have arrested us on the day of the incident if we were suspects,” Zandi told Move magazine in May last year.

As Senzo Meyiwa’s case hots up, this means Kelly Khumalo, her little sister Zandi Khumalo and her ex-boyfriend Longwe Twala, who is music producer Chicco Twala are all in hot soup as, under normal circumstances they should either have been arrested or separately interrogated so as to ascertain what really happened.

There is a general consensus that amongst the three of them, at least one or all of them really know who killed Senzo, if not one of them is actually the murderer.

Speaking to Power FM early last year, Chicco also said he is doubtful that a robbery took place on the day Senzo died. He added that all those who were present in the house, including his son Longwe, should come forward to reveal what really happened.

“Someone has pulled a trigger. Someone killed Senzo on that night. These six people knew who did it. Why are they quiet? I am not buying the story about the robbery, personally. Someone knows who killed Senzo, including my son, they must be arrested if needs be,” he is quoted as saying.

Senzo Meyiwa’s brother, Sifiso Meyiwa, told City Press that those who were in Khumalo’s house at the time of Meyiwa’s murder would remain suspects until proven otherwise in court.

“We are aware that the police concluded their investigation in February, as per the monthly updates they provide,” he said.

“All we are looking forward to is seeing the police arrest all those who lied in their statements and those who have defeated the ends of justice.”

LATEST: SABC speaks on Uzalo being taken off air