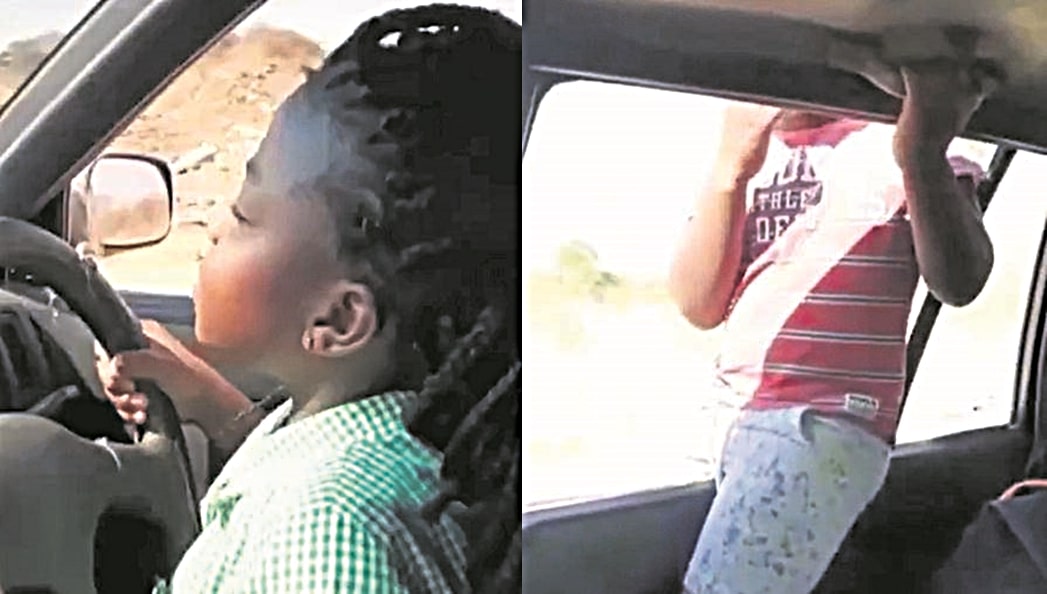 A father who made a video of a primary school pupil driving a car with a friend leaning out of the window and another child on the roof is in hot water.

Limpopo Social Development MEC Nkakareng Rakgoale forwarded the matter to the cops for investigation after the video recently went viral.

“My daughter has been driving from school. Is it nice to drive, my child?”

It’s believed the father is from Seshego, outside Polokwane. Rakgoale said parents should not allow children to drive their cars as it endangered their lives.

She confirmed her department had referred the matter to social workers to conduct an assessment and possibly involve law enforcement agencies.

“We are concerned by the behaviour of the adult and the children themselves.

“The behaviour in the video is against the Children’s Act, which discourages all of us from exposing children to harmful behaviour,” she said.

“Allowing children without driver’s licences to drive vehicles puts their lives and the lives of other road users in danger.”

In the video, the father can be heard praising his daughter for driving from her school to their home.

“My daughter has been driving from school. Is it nice to drive, my child?” he asks.

The MEC said social workers were working closely with the police to ensure the laws to protect children were being followed.

She said section 28 of the Bill of Rights called for the protection of children, who were dependent on adults to guide their behaviour.

Limpopo police spokesman Brigadier Motlafela Mojapelo confirmed the cops had received a complaint from the MEC’s office, and were investigating the video.