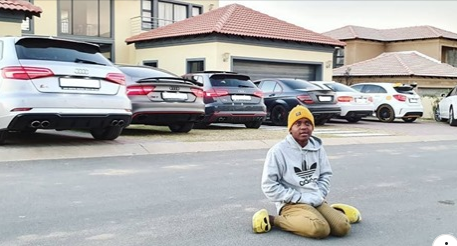 After just 4 episodes of flexing, car racing and what have you, the reality TV show FBK Millionaires has been cancelled.

The news erupted last night when eager followers of the show tried to tune in for yet another dose of the millionaire flex only to find that the series had been cancelled.

This news then sparked other rumours and claims that Kgopotso Tsekeleke Mmutlane a.k.a DJ Coach – who is the CEO and founder of Forex Broker Killer institution (which ultimately inspired the reality show FBK Millionaires) – has allegedly been lying about his financial status, among other things.

A video captioned “#ExposingFBK”, which has been making the rounds on the Mzansi internet, bears the burden of proof for the said claims.

The video features a radio interview where DJ

Advertisement
Coach was asked about his millionaire status and whether he really has 22 cars.

In what seemed like a State Of the FBK Institution Address, the CEO DJ tweeted the following:

It is better to post All Star when you atleast own a dickies! Then he who owns nothing will always question your choice! and ooh before yall Enemies celebrate Reality Show data has been lost and it forces us to Re-shoot, Satan won’t win this round… #fbkmillionaires.
But eish, them tweeps came back ruthless with the comments!

Will the data that was lost be found? I guess there’s only one way to find out; on the next episode of…oh wait, it’s been cancelled! Eisaan!