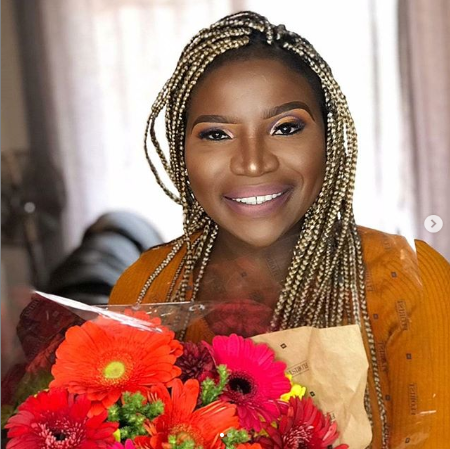 Today marks the 24th birthday of Makhadzi, one of SA’s brightest young talents.
The rising star has built a name for herself over the last few years. Her journey began when she used to perform at taxi ranks, before making big.

Her energy and stage presence are some of the things that have made Makhadzi stand out from her peers. Her performance at the recent Mzansi DSTV Viewers Choice earned her praise from South Africans.

The young woman is currently dating hitmaker Master KG. The two have kept their relationship a secret until recently. Have a look at 5 fun facts you might have not known about her below.

Makhadzi completed her matric at Makula Integrated School. She currently holds a National Diploma In Public Relations. She is also studying drama.

The star was born and bred in Limpopo. She grew up in the village of Ha-Mashamba Tshivhangani. It is situated just outside Elim.

3. She Started Dancing Very Early On In Her Life

Makhadzi and dancing go a long way. The Limpopo-born singer and dancer started dancing at the tender age of 12.

4. Makhadzi Is Not Her Birth Name

Although popularly known as Makhadzi, it is actually not her birth name. She was born Ndivhudzannyi Ralivhona on June 30, 1996.

5. Her Parents Seperated When She Was Young

Her mother and father separated in her earlier years. Makhadzi and her two siblings had to stay with their mother.

Advertisement
Related Topics:makhadzi
Up Next

Thato Gaining Weight On The Queen And Here Is Why