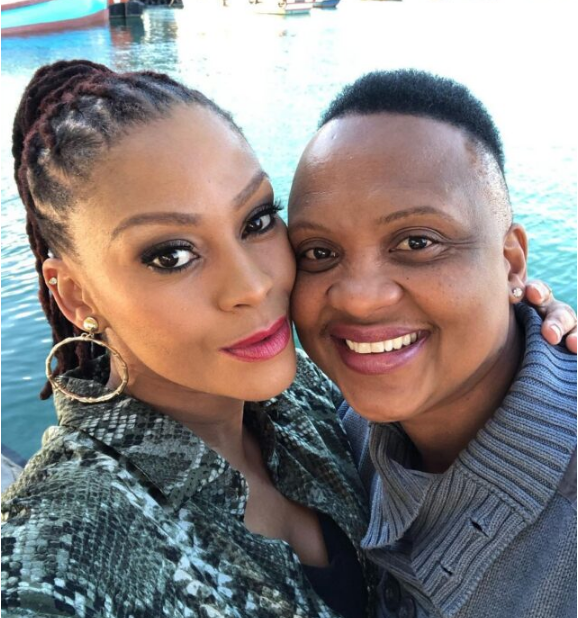 Generations: The Legacy actress Letoya Makhene is living on cloud nine after news spread like wildfire that she said yes to a marriage proposal.

Letoya is openly in a lesbian relationship with businesswoman Lebo Keswa and the two have been showcasing their love and triumphant on social media. Now it looks like the two have decided to cement their relationship and officially get married.

Taking to Instagram, Lebo Keswa posted a banner with the words, “Letoya will you marry Me?”. It was followed by a “She said yes” confirmation.

Letoya has had to explain on numerous times how she had become lesbian and why she chose Lebo.

Taking to social media, the Generations: The Legacy actress made a mini public announcement to all the men who flood her DMs, TL and comments section, asking her what was “so special” about Lebo that she’s dating her instead of men.

After being flooded with such questions, Letoya decided to set them straight once and for all.

“Let’s just get this out of the way once and for all please, and hopefully I won’t be asked this question again. To all the men who keep asking me why her? What do I see in her? Nywe nywe nywe … here’s my answer … she’s great in bed.”

In total, she has four children- three boys and a girl. The first husband of Letoya Makhene is known as a Zimbabwean Privilege Mangesi. She had three children from him; Nubia, Tadiwa, and Tamuda before things went bad. She divorced Mangesi after nine years of their joyful marriage.

Advertisement
Related Topics:Letoya Makhene
Up Next