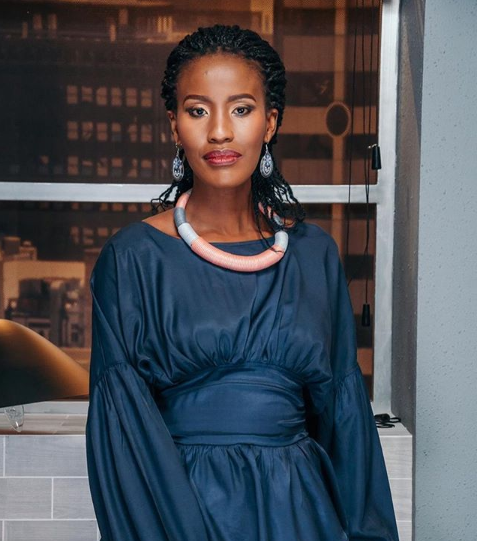 The role of Thembeka Shezi which was played by the award-winning Masasa Mbangeni in e.tv soapie, Scandal! has recently come to an end on Wednesday. In the soapie, Thembeka was shot and killed by her rival Mthunzi Mayisa, played by Bongile Mantsai.

This is Mbangeni’s second exit from the show after she left the soapie in 2016. We all know that Masasa portrayed the conniving and ruthless Thembeka on Scandal!.Scandal Thembeka’s Real Life boyfriend Gwydion Beynon.

She also revealed that she would be spending some quality time with the love of her life Gwydion Beynon.

Surviving a global pandemic & revisiting why she’s an artist. What that means and all the complications that some with it . In her spare time she’s nursing her mental health and loving the love of her life Gwydion ❤️❤️❤️ https://t.co/70QVXuDwXo

Here are things you probably didn’t know about the talented actress in real life.

While her relationship with Gwydion is not a secret at all.According to Masasa, she and Gwydion met about 10 years ago, but they only started dating recently. She said she wanted to be in a good emotional space first before sharing it with anymore.

Gwidyon Beynon is an award winning screenwriter and producer, who has written for a couple of SA’s favorite soapies, which include Muvhango, the award winning series ‘The River’ and the upcoming M-Net drama, Legacy.

Phathutshedzo Makwarela and Gwydion Beynon have to go down as Mzansi’s first ever celebrity TV script writing team.

Their series The River won 11 Golden Horns at the SAFTAs this year, including the Best Script writing category, and now they’re bringing South Africa’s first Xitsonga series to life with Giyani: Land of Blood on SABC2.

The Queen Actors With Their Partners & Kids In Real Life /2020