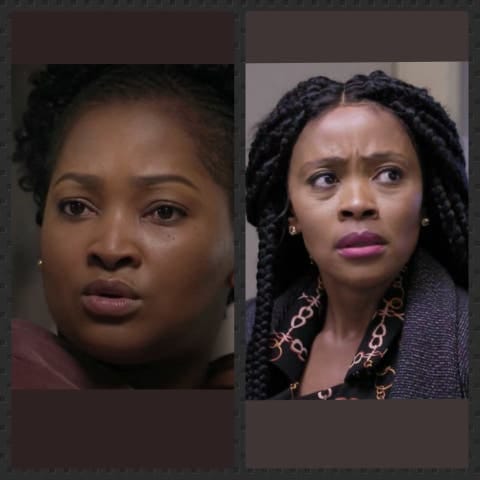 Siyasanga Papu’s character Pretty and Thembi Seete’s character Gladys has become the top 5 of the most annoying characters in Soapville. The list includes Mokgadi from Skeem Saam, Romeo’s brother from Scandal, and Nkunzi from Uzalo.

While fans have become more forgiving towards Pretty since her mother; MamSonto revealed the reason she hates her, they’ve confessed to switching channels when Gladys appears.

In fact, the only time fans have apparently enjoyed the show was when Gladys and her husband were not shown; when they went on a romantic getaway organized by their son; Ntokozo.

Here’s a list of Gladys and Pretty’s most annoying moments:

Gladys has been consistent with the annoyance from day one. Remember when she was on Zodwa’s case even when Zodwa was really sober, and she wanted to steal Teddy?
Then she brought London(who’s a criminal) into her home because she really thought she could change him?

What about the time she wanted to divorce her husband because of her son’s relationship?. She’s also unappreciative of her husband. When Melusi brought her breakfast as a gesture she complained that he’s trying to get her fat.

Pretty has a stank attitude that rubs people in the wrong way. Remember when she cut Nthati with a knife because her mother changed the Will and gave Nthati most of her assets?
What about the time she challenged her mother(MamSonto) to take her to a hijacking spot, and she failed. (She can’t take the heat but insists on being in the kitchen)

In a nutshell, they both have issues; Gladys has daddy issues, and Pretty has mommy issues!

As annoying as both these characters have become. They’ve proven time and time again that they’re extremely talented as they have the ability to get under our skin and into our emotions.

Advertisement
Related Topics:GomoraUzalo
Up Next