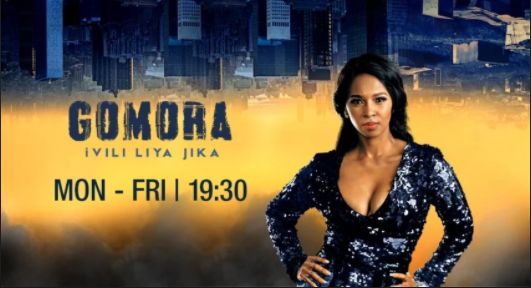 Connie Chueme who plays the villainous, shebeen-queen MamSonto and mother to Pretty (Siyasanga Papu) and Nthati (Katlego Danke) has never shied away from showing her daughters who her favourite is. We’ve always wondered why she doesn’t love and like her daughter; Pretty since the commencement of the show. At some point, we even speculated that Pretty was just dramatic and that she’s just jealous of her sister Nthati who is prettier, thinner, and more successful than she is.

It turns out Pretty’s suspicions about her mother’s hatred towards her were true. MamSonto revealed last week that she actually hates Pretty because of her father. There were no dry eyes after that scene. It was a relatable and disgustingly sobby scene that triggered a lot of Gomora viewers. If you thought you didn’t like MamSonto before, this scene would’ve made you hate her. She showed her true colours; a cunning, deceitful, hurtful, vengeful mother who doesn’t care about her daughter’s feelings.

It triggered a lot of mothers who’ve ill-treated their kids and punished them because of their fathers. It sparked debates amongst children who are now adults; who have lived and are still living with their mother’s/father’s anger towards them. Most of them are still reeling because unlike Pretty they have no answers from their parent/s.

So, what happened between MamSonto and Pretty’s father? Well, the way MamSonto described it, is that Pretty reminds her of the man who left her with a bunch of kids, and as she said, he did things to her that she didn’t want them (Nthati and Pretty) to know about. So, it was something huge because MamSonto is a strong woman who hardly gets emotional, even over big stuff like killing someone. She’s a criminal mastermind and a dirty car thief.

What happened to her changed her forever; it toughened her and she had to take care of her kids by herself after he left. The truth is that MamSonto was r_ped by Pretty’s father. Unfortunately, some people do not acknowledge r_pe as being possible in a marriage, but we know it happens and the emotional scars are there to prove that it happened. She was depressed, possibly suicidal, and Pretty reminds her of her past pains that she’s trying to bury daily.

Advertisement
Related Topics:Gomora
Up Next

The River: Mabutho Is Using Tumi To Upgrade His Life