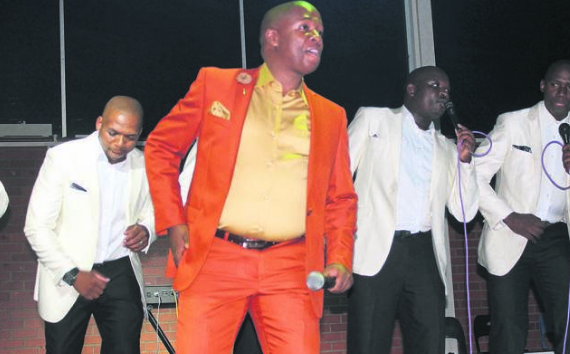 KNOWN for his emotional songs, gospel singer Malusi Mbokazi has called his father a beast.

“My father was a beast,” Malusi claims in his book, A Great Pastor In Church But A Beast To His Family, which is in its final stages.

“In church he was the sweetest man but at home he was the devil himself,” said Malusi, who said he never had a good relationship with his father.

“I was only 10 when my father, a well-respected pastor, divorced my mother,” he said.

“He sold the house while we were living in it.”

Malusi said he remembers the day the new owners arrived with a truck full of furniture.

“Fortunately, our neighbours negotiated with the new owners. We were given one month to find another place.

“That was the beginning of our hard life.”

Malusi said the book aims to warn men about the dangers of rejecting their children.

“This is a motivational book for men. It’s a story I’ve always wanted to tell,” he said.

“I didn’t write the book out of bitterness. I’ve healed and moved on from that pain. I just want men to take responsibility,” he said.

Pastor Cedric Zulu dumped by wife on their honeymoon