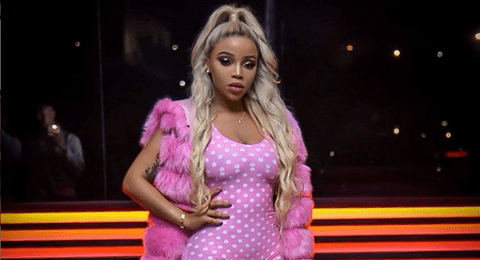 DJ Maphorisa is always one to brag about almost everything especially when it involves his soaring career that has taken new strides.

Recently he decided to brag about his list of signed artists under his Blaqboy record label. Noticeably a huge name that placed him as one of the most trolled ZAlebs last year was Faith Nketsi, is missing.

When Faith started out as a rapper, Maphorisa was taken to be her biggest fan as he even hyped out her music.

She even released an EP and the reception was not good, however Phori was behind her.

The Emcimbini hitmaker was even dubbed the comedian of the year.

Now, many are laughing at the thought of her being sacked from his record label as he did not include her in his new list.

His followers are very inquisitive and want to know what happened to Faith Nketsi and why was she not included in his list of artists singed under him.

PICS: Deborah Frazer On Reaching “40” As She Celebrates Her Birthday