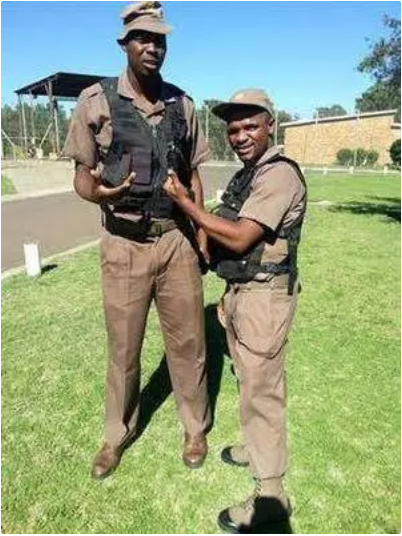 Lungisani Ndlela, was a household name as defenders used to lookout for him in most games because of his left foot shots.

It was because of his good left foot work that had defenders on the field dazed and not knowing where and when he’s gonna strike, Lungisani Ndlela used to score goals on almost every match he played.

Lungisani Ndlela has now turned to one of the dangerous jobs in the country, guarding our prisoners whom some are dangerous. Some take his current career as something he’s not used to and they symphysis with him because of the flashy lifestyle he used to live, but it seems he wanted this job as he went and study specifically for this job, friends have said that they commend him for studying for his career after disappearing from the limelight.

Lungisani Ndlela is well recognised by some of the prisoners, he’s good with them but take his job surious.

Advertisement
Related Topics:Lungisani Ndlela
Up Next