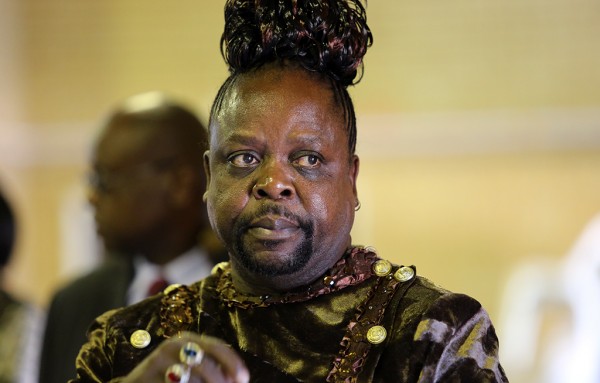 Papa Penny’s daughter earned herself the “bougie” label from viewers of the show on social media after she refused to partake in the African spirituality ceremony her father was hosting.

One of the things fans of the Papa Penny Ahee! reality show love is the fact that the Tsonga disco legend is super proud of his culture and heritage. That is why they were split when his daughter, Naomi, stood her ground about choosing not to participate in the ancestral introduction and thanksgiving rituals.

Naomi explained that, because she was Christian, it was against her religion and beliefs to participate in the cultural ceremony of thanking the ancestors. She remained in the bedroom as all the other kids participated.

Kokwane (Papa Penny’s mother) was especially disappointed in her.

This saw Naomi get praise from viewers, some of whom supported her decision not to compromise on her personal beliefs.

However, it also earned her tons of backlash for being “embarrassed” of her cultural traditions and, essentially, who she is.

If standing firm and unshaken for your faith and beliefs was a person. ❤❤ pic.twitter.com/8d3EbZb3WQ

Stand for what you believe, even if you will be left standing alone. #PapaPennyAhee pic.twitter.com/R947FbxJ3q

Naomi needs to do more to learn about being a tsonga girl and difference between rituals and celebrations.shes annoying #PapaPennyAhee pic.twitter.com/5EsElXTc3L

The Blesser Himself … Truth is that blessings come from our parents even Jacob in the Bible blessed his sons while he was still alive . So you can’t disrespect your parents while they still alive then go to graveside once they passed on to ask for blessings #PapaPennyAhee pic.twitter.com/0Ig39D3frY

Advertisement
Related Topics:PapaPennyAhee
Up Next

Mercy Schools Her Mom On Some Home Truths – #MadamAndMercy