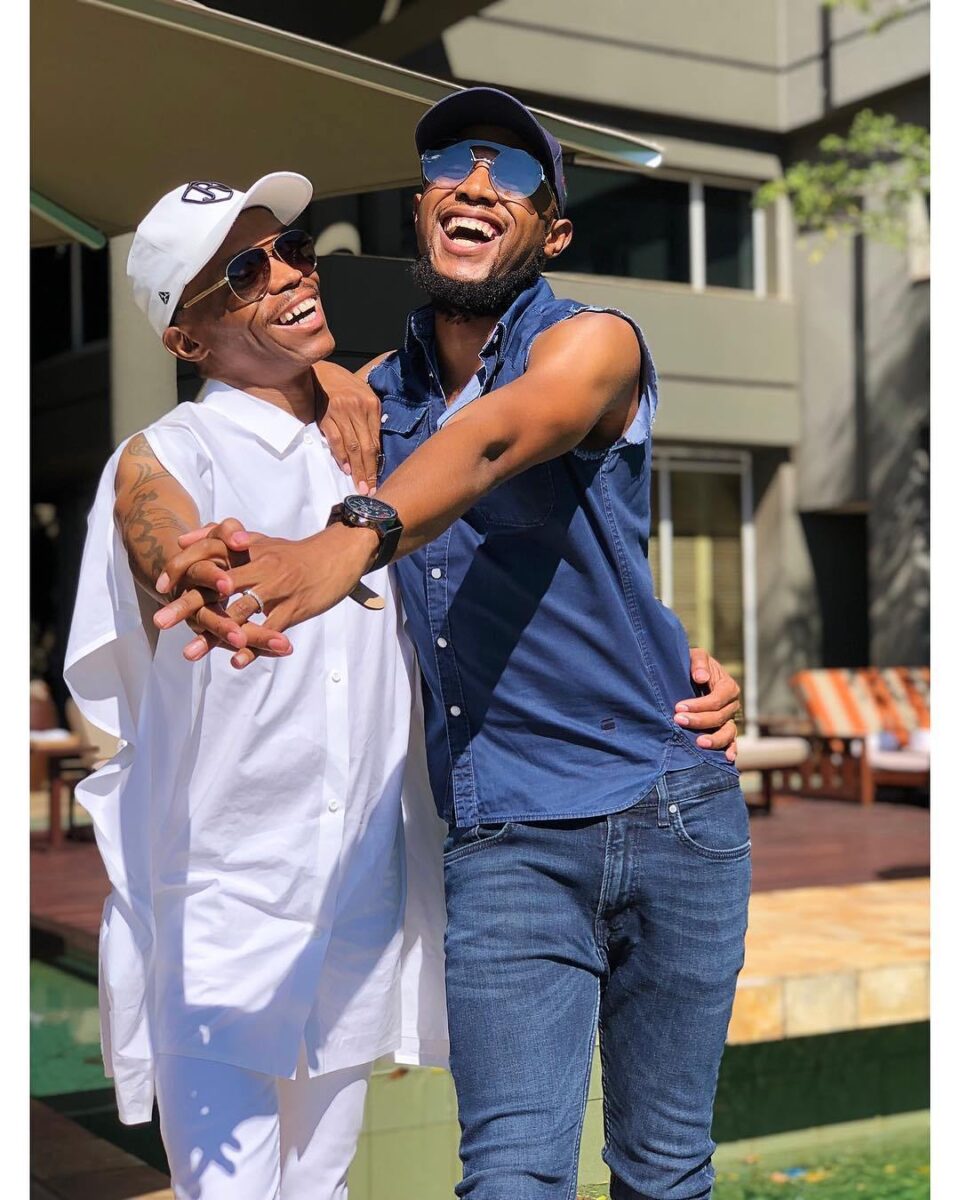 Mzansi’s power couple Somizi Mhlongo and Mohale Motaung, are living their best lives and it is only safe to say “sbwl.” The lovebirds posted this morning that they are off to their holiday destination.

Somizi and Mohale are known for their glamorous lifestyle and their beacations are always OTT (Over The Top), because they want to have us all in our feels. From sight-seeings, to watching the sunset together, and expensive shopping’s the couple is goals.

The pair traveled to Italy last year where they engaged on the Eiffel Tower, proving that they are they are madly in love and they know how to win this love thing. In a post Somizi shared on Instagram, they are at the back of a car being driven to their holiday destination.

It is still not clear as to where they are headed to, but what we know is that we are ready for their sizzling content.

Mohale recently posted a snap holding car keys of a Bentley, proving that the bag is major in their household. Instead of being congratulated for his new ride, trolls lashed out at Somizi who is accused of stealing his cooking show idea.

Somizi is accused by Hastings Moeng who claimed he is the brain behind Somizi’s most loved cooking show Dinner at Somizi’s. The producer claims he sent Somizi an email pitching his idea, but Somizi claims he did not open his email.

The presenter says his management is the one responsible for managing his emails.

In a live video with Pearl Thusi Somizi said they only communicated verbally once about his rough idea, and it was not a solid one because he was not a cooking enthusiast at the time and he had his eyes set on his SA Idols gig. Somizi said Hastings could have copyrighted his idea because it also did not just need him it could have worked to somebody else.

He then said all the cooking shows are similar. The Idols judge posted a snap yesterday looking like a million bucks in a lush yellow number designed by a student. Somizi posted on social media in June that he was looking for designers who want to dress him for SA Idols.

Sharing his outfit Somzi wrote “Here’s the work by the first of ten fashion designing students I selected from the hundreds that submitted their sketches. I am so happy to introduce him to my world.Let’s show some love and support to
@dressedbyvochandgoch”

Here's the work by the first of ten fashion designing students I selected from the hundreds that submitted their sketches…… I am so happy to introduce him to my world… Let's show some love amd support to #dressedbyvochandgoch @dressedbyvochandgoch Direct contacts/WhatsApp 0682713395 0799725702 📸 @ardent_one Thanks to @jerrysfabrics for supplying all the designers with materials….u guys are super best

Uzalo Mbatha Tempted As New Girl Zethu Gives Him Her Underwear…Madongwe Finds Out!