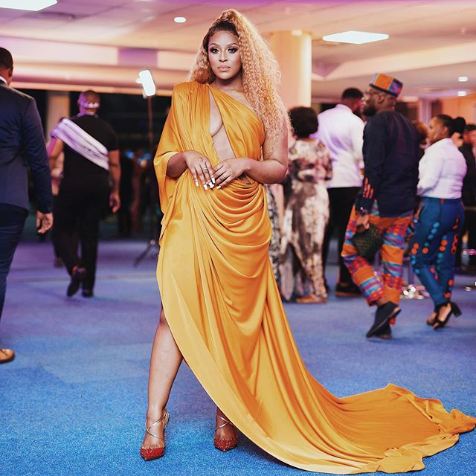 A bit of sad news for all Qondi fans on hit local show Isibaya. Jessica Nkosi is leaving the drama series that made her a household name. Jessica Nkosi leaving Isibaya!

Jessica Nkosi leaving Isibaya. She was born to Jabu Nkosi and Nhlanhlayethu Ntuli,a teacher in Empangeni, KwaZulu-Natal. After her parents separated, Jessica moved to Eshowe when she was in grade 3, where her father lived to begin schooling in a Catholic boarding school, where she went on to matriculate. When she was in grade 11,her father passed away of cancer.

On June 2018 Jessica Nkosi and her partner, Uzalo actor Ntokozo Dlamini announced that they were expecting their first child. In September 2018,they welcomed a baby girl they named Namisa.

My greatest blessing is being a mom to this beautiful little girl… I’m always so excited to go home everyday… I struggle to even contain my joy at the thought of seeing her ❤️ How many of you moms cancel lunch plans just to sit at home and look at your little ones? Lol #MyNami 🎀

The 30-year-old is the latest actress to leave the show after Nomzamo Mbatha and Menzi Ngubane.Generations: The Legacy fans were living the dream when old castmates Menzi Ngubane and Siyabonga Thwala reunited on Isibaya but it seems it’s all coming to an end.

Mzansi Magic confirmed Nkosi’s exit yesterday.Jessica Nkosi is an award-winning actress best known for her role as Qondisile on Isibaya. She won the You Spectacular Award for this role on Isibaya and has also starred in other local productions, including hosting Mzansi Magic’s Our Perfect Wedding.

“Jessica Nkosi will exit the show [Isibaya] as someone who is heading to Ghana to pursue other ventures in the show. Production often creates a story with someone travelling to allow them to take a break or to focus on other projects,” said Philly Kubheka, the head of public relations and publicity for M-Net’s local entertainment channels.

This is not the first time the mother of one has left the show. Three years ago she took a break from Isibaya and she returned after two months