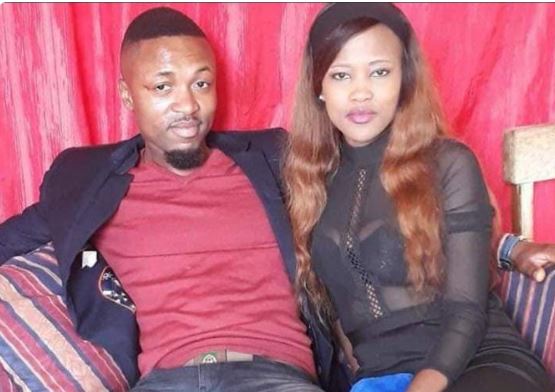 A man Mlondolozi Ntlangulela is on the run after killing his girlfriend Naledi Phangindawo for ending their relationship.

A hashtag Justice For Naledi #JusticeForNaledi is trending on Twitter over the murder of Naledi.

Reports are that Naledi ended the relationship because Mlondolozi was violent. Reports from people close to hhim indicate he has a history of violence from his previous relationship.

Mlondolozi has since handed himself over to the police.

Actress Pearl Thusi who was dragged last night for defending foreigners has also jumped on the trend and asked people to channel their anger to #JusticeForNaledi instead of her, #PearlThusiMustFall.

No one deserves to die and no one has the power to take someone else's life. Mlondolozi Ntlangulela is a danger to society. It is heart breaking to hear another news of women murdered in our country each and everyday. When will it stop Madoda? Ndiyabuza#justiceforNaledi

#PearlThusiMustFall #schoolreopening She was brutally killed by the father of her children. Reason behind it she wanted to end the abusive relationship. The guy handed himself over last night and we all know how weak our justice system is Please RT #JusticeForNaledi pic.twitter.com/iIrya1qWzH

Advertisement
Related Topics:#JusticeForNaledi
Up Next

Video: SA woman found with a dead foreign Boyfriend’s body under the bed