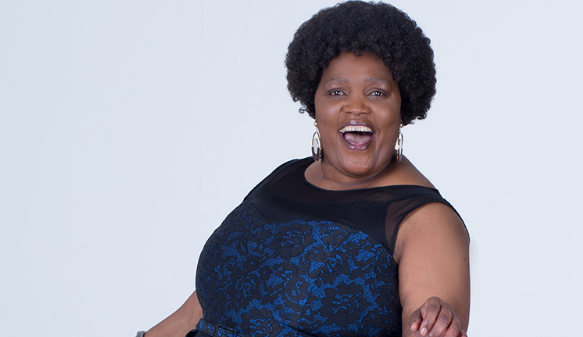 We all know how harsh Skeem Saam’s Sis Ouma has been towards Koloi but what fans didn’t expect from last night’s show was how cold-hearted she was towards the mourning young man.

Koloi is grieving the death of his mother but Sis Ouma told Koloi not to cry because “real men don’t cry” and was already playing foster mother and making decisions for him and his younger brother.

Feeling lost and alone, Koloi ran away from home, leaving a drawing he made of his mother in his room. The drawing was later found by Sis Ouma who wasn’t amused by Koloi’s disappearing act.

When he was later found and brought back home, Koloi was comforted by his father who later reassured him that there was nothing wrong with a man crying, which lead Koloi to burst out in tears.

Fans were not impressed by Sis Ouma’s behaviour and cringed over what Koloi is about to encounter next.

#SkeemSaam Goodness me, imagine Sis'Ouma as your foster parent, Ooh God have mercy. Koloi and Billy-Boy, you're on your own.#RIP_Constance pic.twitter.com/kyhM4k28H2

#SkeemSaam sis ouma will play being a mother to those two 😭😭that Koloi's tears 😭 😭 😭 😭 😭 pic.twitter.com/iKIDqy241b

#SkeemSaam honestly if sis ouma abuse those kids.. we just have to call child protection services ourselves… we not going to wait for the writers to do it pic.twitter.com/pagUz0cGsN

Sis Ouma needs to go back to wherever the hell she came from right now!!!… #SkeemSaam pic.twitter.com/htGpIfbkcw