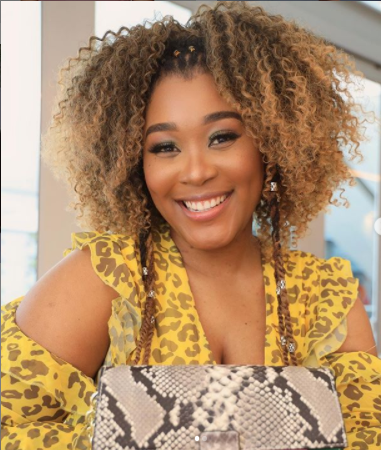 Mzansi singer Lady Zamar might have stolen the show today with her thick th!ghs, but it ended up being Sjava who trended on social media.

The collide hitmaker decided it was time she shows her followers what she is made of, and they were indeed equally impressed. Lady Zamar is the woman she thinks she is.

Dressed in a flowery yellow dress and dark blue but matching shoes, Sjava’s ex-girlfriend got someone to take her a picture and posted on her social media accounts with a caption, “What’s popping.,”

Immediately her army of followers showered her with praises, most of them pointed at her turgid thighs as the revealing dress was a little short of showing her whole bottom.

Many of her fans who of course remember his entanglement and debacle with rapper and actor Sjava, started talking about his ex-boyfriend suggesting it wasn’t his problem to fall in love with her.

One follower, Marvin T said he doesn’t blame Sjava for falling in love with her as she is cute.

Lady complains about his Man who is too gentle, she wants rough s_x

Eskom exposed for lying about load-shedding