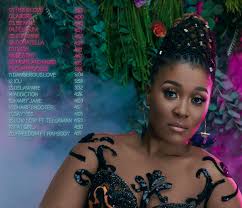 Lady Zamar has spoken out for the first time about the ordeal she suffered in a relationship about being abused verbally, once sexually, used, lied to and cheated on.

The star took it on Twitter when she disclose some of the files and confirm that Sjava is a liar and a cheater: “You guys are exhausting man.. I’ve been saying… Your precious Zulu man is a liar and a cheater.. Cheers to every person that didn’t believe me when I told them that that niggas married.. coz in your face.. mxm y’all are exhausting.. now y’all wanna drag me coz I didn’t know?”

Lady Zamar may now claim that she didn’t know that Sjava was married, but last year in July several newspapers reported how she was ‘busy having sex with a married Sjava at a Pretoria love nest’.

In the article, it was reported that insiders said the couple was not only madly in love, but was also busy sharing a Pretoria North love nest for their ‘sex-capades’. And despite having reportedly been together since 2017, the rumour mill suggested they were thinking about the big move at the time.

Said an informant: “I know this may sound weird, but Sjava loves Lady Zamar just as much as she loves him. They’re keeping the relationship quiet as they don’t want to hurt Sjava’s wife, whose name is known to Sunday Sun, back home in Bergville, KwaZulu-Natal.

“Sjava’s wife’s been with him through thick and thin. It’s hard for him to just dump her like that when he knows the woman has been looking after him and his mum for years.”

Another source said it was hard for the rapper (real name Jabulani Hadebe) to leave his wife for Lady Zamar (real name Yamikan Banda). This was because he is a traditional man.

Asserted the mole: “Sjava’s wife had to go back to Bergville to stay full-time with his mum, who is old. I don’t see her or Sjava separating. They’ve been together for years – even when his acting career took a nosedive.”

According to insiders, Sjava had been staying in his Midrand, Jozi, flat before allegedly shacking up with Lady Zamar. This was after being signed by record label, Ambitiouz Entertainment.

Lady Zamar was yesterday currently trending on social media for unwittingly becoming Sjava’s side chick. This came after one Twitter user posted a picture of two women, titled “Sjava’s wife with his mom” When another user tagged Lady Zamar asking her to clarify.

Sophie Ndaba on death rumours: My son is traumatised

VIDEO: Shona Ferguson teases fans with ‘Kings of Joburg’ and SK Khoza is on it