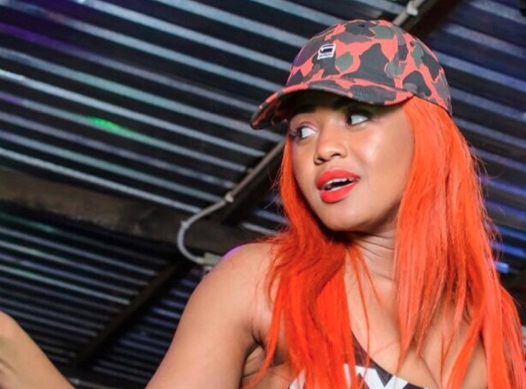 This when the singer opened a criminal case and also instructed her legal team to slap Thah with a lawsuit for his low-blow comment against the Wololo hitmaker.

Thah had last week insinuated Babes had taken cocaine during an online interview that has since gone viral.

Commented Ayanda: “Yes, I can confirm we’ve received instructions from our client to take action. It’s a civil case of defamation.”

Ayanda said the case related to what Thah said online about Babes.

In the video, a visibly emotional Babes is seen touching her face as if wiping her nose.

She then logs off from the chat.

Soon afterwards, Thah also bursts into tears in the video, saying: “Babes won’t change, guys. She took cocaine in front of everyone and I saw her.”

Said Babes: “That hurtful statement was damaging to my brand and my entire family was left broken, so we decided with my manager to take action against Thah.”

Babes said Thah had sparked unnecessary drama, as she’d have rather focused all her energy on her album due for release next month.

Asked for comment, Thah – of reality TV show MaMkhize fame – said he’d broken his back apologising for his “slip of the tongue”.

Explained Thah: “I profusely apologised to Babes, Mampintsha and her entire family.

“There’s no need to escalate this drama. I take responsibility for what I said.”

But Mampintsha said it was too little too late.

Asserted Mampintsha: “He can apologise in front of the judge. Unfortunately, technology has so much power and many people, who were hurt by his words, have gotten involved.”

KwaZulu-Natal police spokesperson colonel Thembeka Mbhele confirmed that a case of defamation was opened at the Westville police station. She said no arrests have been made but investigations are continuing.