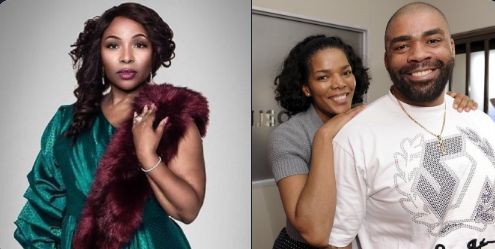 It’s been a whole two days since the number one trending topics on Twitter have been widely debated – #TheFergusons #IStandWithVatiswa.

Award-winning actress, Vatiswa Ndara opened a can of worms on Monday after posting an open letter to the minister of Arts and culture, Nathi Mthethwa.

In the letter, Vati (as she is affectionately known) didn’t only take a swipe at Connie and Shona Ferguson but also went on to highlight the general state of the Arts in South Africa.

This empowering and bold move by Vatiswa inspired other creatives to come forward and share their horrifying experiences with #TheFergusons and in the entertainment industry in general.

Now, in a new twist of events, The Fergusons are seemingly taking legal action towards the latest allegations that have been levelled against them by Vatiswa Ndara. Some of the allegations include exploitation and the inhumane manner in which actors are treated by Ferguson Films.

Entertainment commentator, Phil Mphela confidently shared on his Twitter timeline about the legal action that the Fergusons are undertaking towards Vatiswa.

Their issue of contention will be the statements they deem as personal attacks from the open letter.

So now here we are.

Vatiswa’s industry frustrations are very valid. #Fergusons can’t argue against that. That amount is ridiculous.

But, Fergusons may have a case to put forward regarding what they deem to be targeted attack on them.

I leave this to you guys or the court

“The allegations made in the letter regarding our clients are wrongful and published with the intention of causing our client harm.”

By the look of things, this drama is far from over.