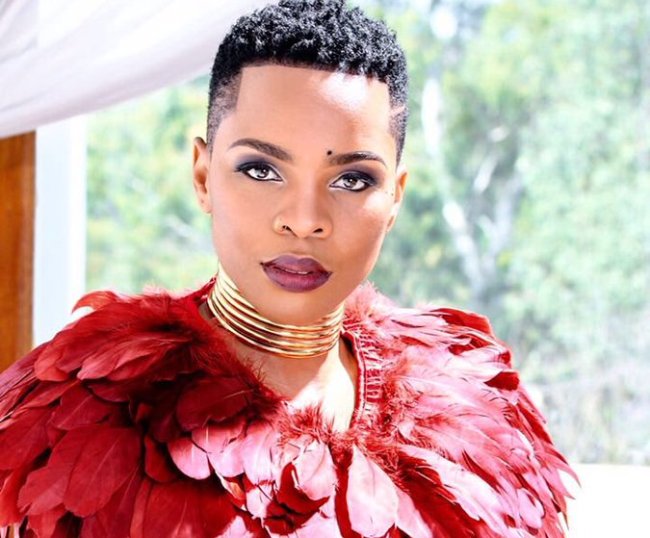 Whilst social media was up in arms over Lady Zamar’s allegations that she was abused by her ex, Sjava, the conversation brewed many trending topics. One of them being #MenAreTrash.

One musician who also found herself trending was Babes Wodumo. Not because of anything she said this time, but because of people likening her situation to that of Lady Zamar’s.

The spotlight was also on Masechaba Ndlovu. To help refresh your memory, Masechaba was the one who, during a radio interview with Babes, revealed that she was allegedly abused by Mampintsha. She received heavy backlash from the masses and Babes even told her to mind her own business. Masechaba did exactly that.

Whilst Twitter was divided and debating over Lady Zamar and Sjava, she mized the whole drama and instead added salt to the wound.

Sticking to a promise she made a few days ago – which was to post pictures from Sjava’s one man show, #OneNightWithSjava – Masechaba did just that, but her timing could not have been worse.

Social media users came for her:

If you browse through her Instagram, you will see stunning pictures from the show. After majority of the country ‘cancelled’ Sjava, she was dragged for showing support to an alleged abuser. She spoke highly of him, completely blind to the fact that accusations against him were dire.

A post which set many Instagram users off was one where she praised Sjava’s stance when it comes to GBV.

boitumelo_thobela commented: “When they said “Mind your business” they did not mean it this way. Stop acting ignorant! Yoh Masechaba! I am loss for words.”

Masechaba Ndlovu has been viewed as a beacon by many women, seeing how she showed support to Babes. But this time, women have cancelled her.