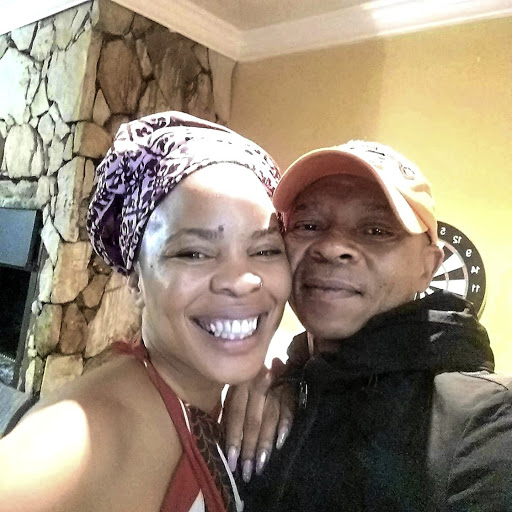 Controversial television and radio personality Masechaba Ndlovu was apparently at the centre of a family feud over funeral arrangements for her brother.

The Lekalakes wanted Tebogo’s body to leave for the cemetery from his home in Molapo instead of his matrimonial house in Protea South, Soweto. Tebogo was killed during a botched hijacking on October 25.

According to close friends and a relative, on Sunday the Lekalake family decided to fetch Tebogo’s body from the mortuary without informing his wife.

When Tumelo discovered this, the drama ensued when she went to fetch the body in Molapo before heading to the Protea South Multi-purpose Hall where a service was held.

“Tumi started to panic when the body didn’t arrive; until they were tipped off that the body was taken to Molapo by the Lekalake family,” a family member said. “She has been left feeling helpless because they took her husband without her permission.”

As a result, the funeral service was delayed. “There was so much drama from the family as if his wife was not married to their son. Even after he died, they only came three days later to his house to discuss a way forward with his wife,” a friend told Sowetan.

Tumelo confirmed that there was family drama over the death of her husband, but declined to give details.

“I don’t want to be involved in the middle of this drama more than I am already. Right now I’m mourning my husband and have had enough of that family,” she said.

“Masechaba and the family were screaming and shouting. Masechaba was the first to speak on the programme,” the close friend said. “She was busy telling everyone that she is a prophet and saw a prophecy that Tebogo will die. Everything was about her and her prophecy – nothing about her brother. Because the funeral was already running late, after they spoke it was after midday and the programme closed so everyone can go to the [Westpark] cemetery.”

When contacted for comment yesterday, Ndlovu asked the reporter where he got the information and asked for details. “I have no comment because I know nothing about what you are saying,” she said.

After the burial, according to a relative, some mourners were apparently told to go to Tebogo’s home in Molapo, while others went to his house in Protea South.

Zodwa Wabantu Reveals Next Move On Her 18k Wedding Dress