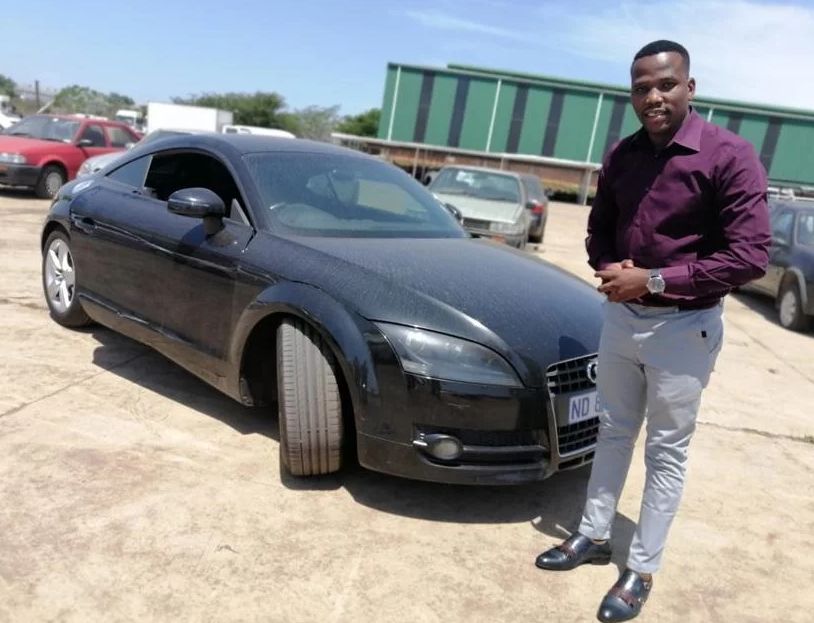 PRAYER has done wonders for this singer!

Gospel artist Godfrey Mahlangu had been praying and fasting ever since his black 2009 Audi TT was stolen on 28 September.

“I’m happy to have my car back, though I’m a bit scared to drive it back to Pretoria,”
The car was stolen while parked outside the Tudor Hotel in Durban.

It was found last Thursday, but a surprise was awaiting the singer. He said there was a teddy bear and muthi in the car, which he didn’t touch. “I’m not scared of muthi. It won’t harm me,” said the 32-year-old from extension 4, Soshanguve in Tshwane.

Godfrey said he was just happy to have his car back. “The angels of God helped me find my car. They made the person driving it to be visible to police,” he said.

His car was found at Portland, 44 Mkhondini Street in Pietermaritzburg.

But he didn’t get his bag back, which was inside the car. It had a Samsung Note4 cell phone, Huawei Y9 cellphone, bank cards, ID, driver’s licence, passport and car keys.

He said the thugs had put another number plate and wrong disc on the car. “I’m happy to have my car back, though I’m a bit scared to drive it back to Pretoria,” he said.

Godfrey thanked police for doing a good job in finding his car and said the men who were driving it must rot in jail.