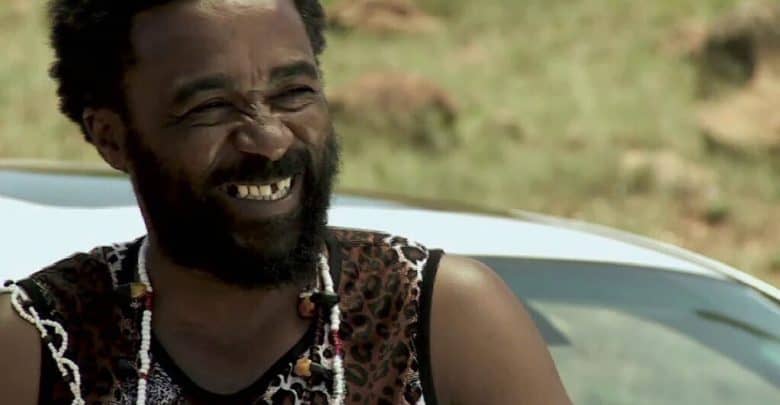 Actor Zakhele Msibi has announced that he is returning to Isibaya.

Zakhele Msibi announced that he is back on the set of Isibaya and has already begun filming.

Msibi is known on the show as Nkabinde or Bra Nkebs, the resident, evil sangoma.

He shared a picture on set, posing with the show’s cameraman which he captioned.

Earlier this year the actor woke up to the news that he had died. The news of Zakhele Msibi’s death spread like wildfire after a screenshot from a Facebook group circulated with the caption “RIP Nkabinde”.

Zakhele was upset about the news of his death

My brother sent me a screenshot of a Facebook post that I am dead. Someone posted this on the Ladies House Facebook Page,I need to get to the bottom of this. People cannot be spreading lies like this and get away with it”.

I’m assuming people want me back on TV. I am working behind the scenes, directing three short films and I’ll be dropping new music. So if they miss me, they’ll see me soon,

And now the resident sangoma Nkabinde is back.

Although Zakhele plays an evil witch doctor on the show, he is a good person in real life and a family man.

Because of his great acting range, you would think he’s not a nice person but the actor is all heart and soul.

He’s always posting pictures with his wife and giving her plenty of appreciation on social media.

Skeem Saam’s Wallet Did Not Finish School After High School