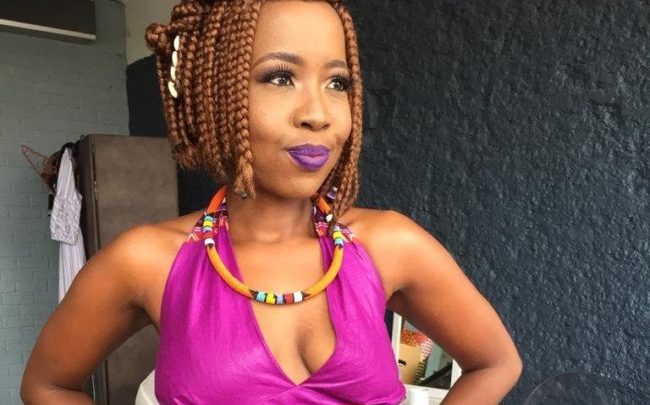 Controversial Poetess and musician Ntsiki Mazwai has rubbed South African’s the wrong way with her comments on xenophobia, accusing them of attacking the wrong people.

Ntsiki went on a rant expressing her disappointment saying South Africans are directing their anger and rage at fellow Africans whereas the real culprits are white people.

“My South African brothers and sisters, you are confusing me. Why are you fighting other African countries, the Malawians, the Zimbabweans, the Nigerians, when they are getting the jobs that are at the bottom of the food chain.

“You leave the white people who are actually stealing from you, from your economy because you’re scared of whites and now you rather attack the black people. What the f*ck is wrong with you,” she asked.

Whoever thought there would be an instance where Ntsiki and Pearl Thusi agree on the same thing.

Pearl was dragged for sharing the same sentiments which saw SA disowning her and naming her ‘Mama Africa.’

Pearl stood tall from the bullying and never gave in to the hate.

Some people agree with Ntsiki however many argued with her statements:

We not scared of whites we just understand the concept of economics. how on earth other africans flooking while they have land? there is no job in bottom of food chain you need jobs to build your own economy your argument is weak. nigeria did that to ghana was it hate?

Which bottom of the chain jobs are Nigerians doing? Is drug peddling and human trafficking jobs?

There’s no self hate in a host country demanding respect from other Africans. All other African countries have done so.

We’re fighting anyone who takes advantage of our hospitality.

Attacking black Africans for taking their jobs . The question is what are those jobs. Yeah the jobs that are created by white people . The solution is government must stop give people Sassa grant , instead they should give them those millions rands to open up their own company

Dear Ntsiki, which bottom of the barrel jobs are you talking about? Restaurant cooks, waiters, cashiers, security guards? These aren't exactly at the bottom of the barrel, but for foreigners they'd actually be top end jobs for our UNEMPLOYED people without higher education.

Advertisement
Related Topics:Ntsiki Mazwai
Up Next

Lasizwe: Happy Anniversary To My Boyfriend! Thank You For Loving Me(SEE PICS)