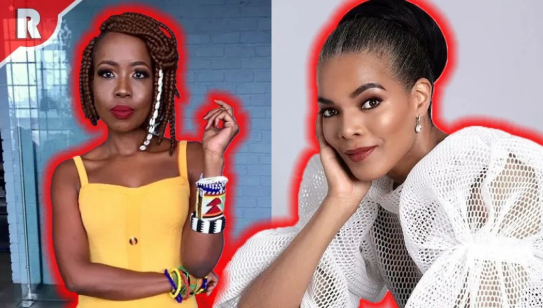 Ntsiki Mazwai had a lot to say in her bombshell social media video, and Connie Ferguson and other “dumb as f***” media favourites won’t be happy. Never one to shy away from sharing what she thinks, poet and social activist Ntsiki Mazwai has not minced her words on what she really thinks of local black celebs, Connie Ferguson’s acting, and black excellence.

In a very intimate video of herself in the bathtub, Ntsiki said The Queen and award-winning actress Connie Ferguson is nothing special.

“I think she is a pretty girl who is likable and it’s fine. I don’t take anything away from her but I don’t think she’s an amazing actress. Ntsiki fully goes in on black struggles saying that black people are still mentally enslaved and that mentally they are still looking at white people for direction.

“Which ones are speaking about the rights of black people? Which one of your media faves are pushing issues that we know as black people we are struggling with? Land issues, identity issues, which of your faves?”

She then says the “chosen blacks” that sit at the top are picked because they are “stupid” and will keep quiet when racism occurs in the workplace.

“When white people say all that racist shit in the boardroom, they (blacks) will just keep quiet and think of their bellies…

“Until black excellence is speaking for black people I won’t be applauding with you guys. You can call me a hater every single day, I don’t care. As long as your black excellence is wearing white people’s hair and twanging, I am sorry I won’t come to that.”

Black excellence has been defined for and by the culture. It is the mindset to look within oneself, and act in ways that help and progresses black communities.

She further explains that black excellence is currently white defined and self-serving.

“Your faves are not my faves. In fact, I think your faves are weak in character and weak in mind. They are self-serving. There is nothing excellent in being a millionaire while your people are suffering.”

Explaining that people who find her comments problematic can not tolerate individual opinions. She adds that black excellence also shouldn’t be defined by media publications and which black celebrities they love.

“White people incorporate have chosen palatable blacks to be the face of black excellence and have given them 2% and now we must clap for the 2%.”

“When we have intellectual discussions, your faves have nothing to say. They have nothing to contribute. I must clap for that black excellence when they are dumb as f***,” she says.

Actress Linda Mtoba spills the beans on her love life