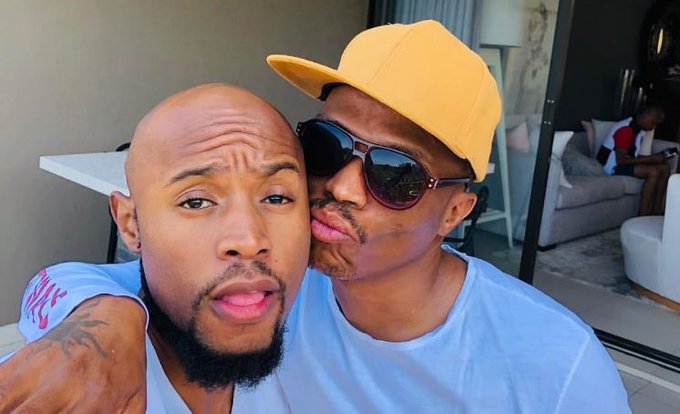 Mandisa Nduna and Thishiwe Ziqubu are both actresses. They are not apologetic for their same-s3x love. They often post lovely pictures that melt the hearts of their fans and followers.

Somizi is a household name in the local entertainment industry. He is a well-known media personality, actor, singer and dancer. For a while, he shied away from letting us know who his love was. He would only post his back shots, toes or silhouettes. Later, he revealed that he was in a loving relationship with Mohale. The two lovers are genuinely in love and often “twin” in their pictures.

Bokang is a gorgeous lady who won the Miss South Africa beauty crown in 2010. On the other hand, Siphiwe Tshabalala is a talented soccer player. When the two first met, they decided to be friends. Over time, their relationship evolved and they are married now. They are also parents. Together, they run a clothing line for children’s African attires.

DJ Tira married the love of his life, Gugu Khathi years back. The two first met as they were trying to make it in the entertainment industry. Gugu admitted that DJ Tira pursued her relentlessly until she decided to give him a chance. Together, the two have two adorable children.

18 Ingenious Ways to Catch a Cheating Partner, Number 2 And 5 Will Shock You!!