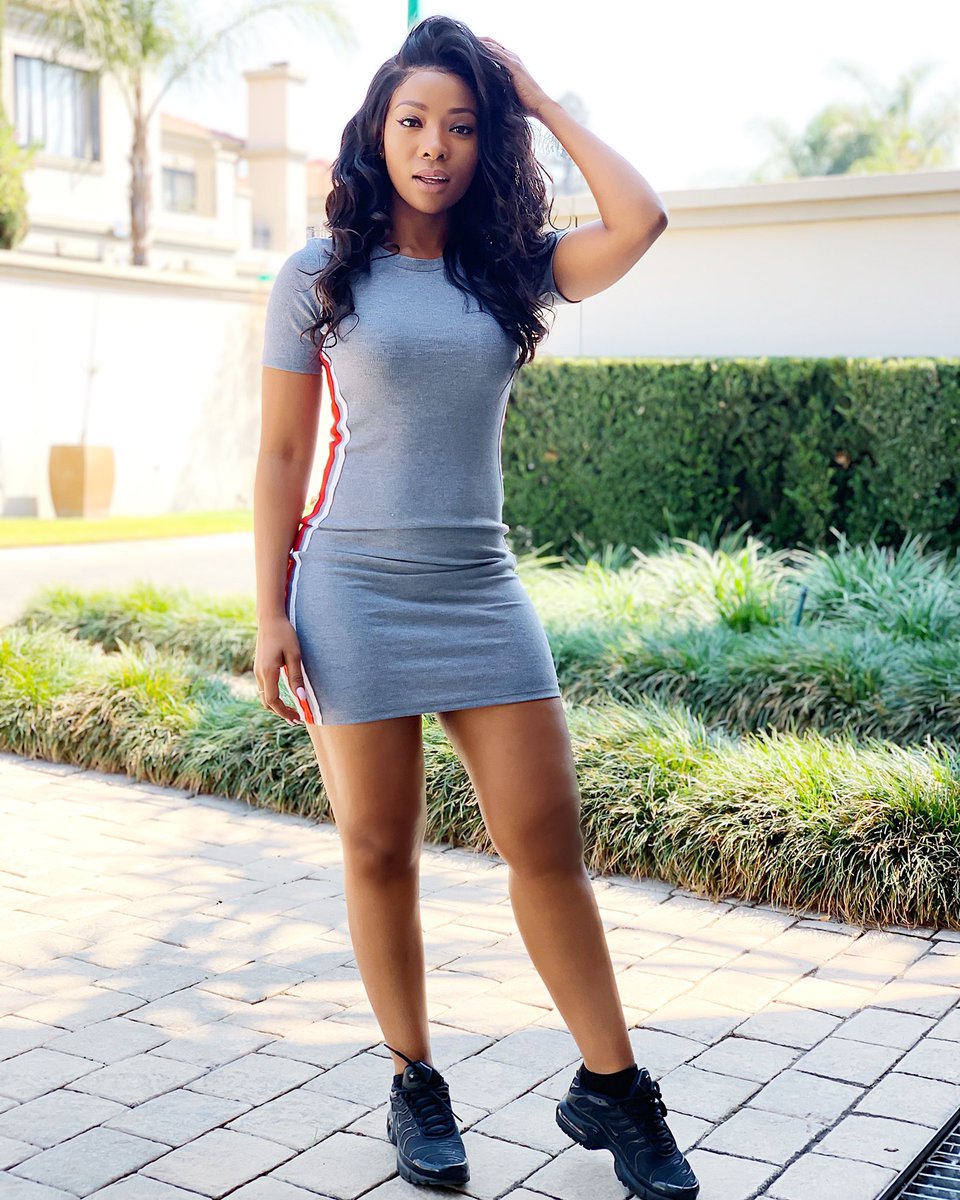 We learn new things every day and today we learned a bit more about Pearl Modiadie’s eyesight. The presenter replied on Twitter (with the calmest, softest and most gentle clapback of 2019) on social media after being accused of looking “baked” in a photo.

It all began when social media influencer, Nkuli Masemola posted a picture he had taken with Pearl Modiadie. While that in itself isn’t problematic, it was the caption which he used to accompany the pictures that got people talking. The tweep wrote:

“i met pearl modiadie and the good sis looked BAKED.”

Sadly for Pearl, a number of his followers agreed with Nkuli, with many of them suggesting that she had enjoyed a few puffs before attending the event:

Without wanting to risk being associated with marijuana use (whether you do or don’t, we don’t judge, but you’re entitled to your privacy if you do), Pearl cleared the air when she explained,

“It was good to meet you, I love your style and good vibe. FYI : My one eye is far sighted

Advertisement
+ the other is short sighted. My prescription glasses balance them out so they don’t strain & I should wear them more often but I don’t so yeah, I look baked on most days.”

How’s that for a classy comeback? Anyways, Nkuli clearly felt bad about what he had said/done because he immediately hit back with an apology, saying, “I’m sorry about that sis, I hope this didn’t come across as insensitive. it was lovely meeting you too”

Pearl has been serving gentle but effective clapbacks on social media this entire week. A day before this “baked” saga, the presenter called out a married man who was trying to hit on her:

If anything, this week Pearl Mdiadie has shown us that you don’t have to be mean or be a bully in order to put people back in their place. You can do so calmly, cooly and collectedly without breaking a nail in the process.

VIDEO: Zodwa Wabantu says ‘I can get any man I want’