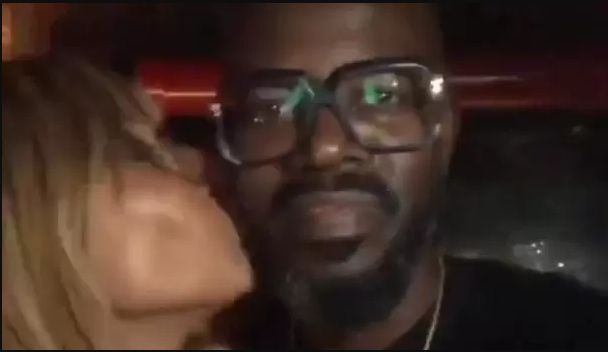 Is South African house DJ Black Coffee cheating on his wife Enhle Mbali again is the question on the lips of most South Africans.

It is alleged Black Coffee, whose real name is Nathi Maphumulo, is cheating on Enhle with Cathy Guetta, a socialite and businesswoman.

We take a look at what might’ve attracted the DJ to the music, and disco lover.

Here are five things to know about Cathy Guetta

1. She is the former wife of famous DJ, David Guetta

Cathy and David Guetta were married for 20 years and have two kids together. David Guetta is the same artist who has a song with Black Coffee titled “Drive”, which was released last year.

2. She lives in Ibiza

Originally from Toulon, France, Cathy lives in Ibiza, Spain, the same island where Black Coffee is a resident DJ at a club called Hï Ibiza .

3. She is a Fendi type of girl

Cathy doesn’t have the most elite fashion sense but she is definitely a fan of Fendi.

4. She loves dating DJ’s, or maybe not

The socialite was married to David Guetta for 20 years. And now, she could be dating Black Coffee. Perhaps she really has a thing for DJs.

My lovely friend @realblackcoffee😍 It was so cool to be together in NYC and enjoyed !!! @gospeltribe thanks To Waël , Juriel and Donna for your nice hospitality ❤️❤️❤️you guys see you on the 26 th @babelnewyork 🔥🎃

The 52-year-old has taken acting roles such as Quasimodo d’El Paris, a film directed by Patrick Timsit. She also appeared alongside Romain Duris and Jean-Paul Belmondo in Peut-être and in 2002, as Fred in 3 zéros, a film by Fabien Onteniente.

A Video Of A Durban Teenage Girl