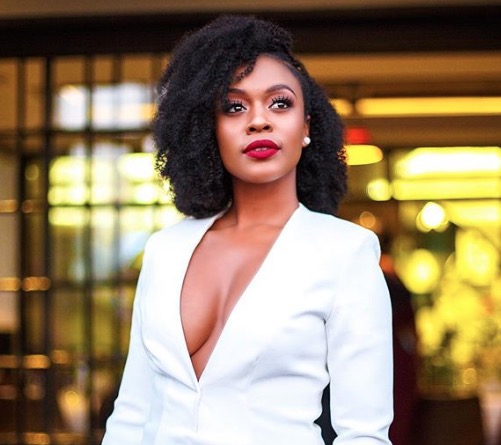 Actress Nomzamo Mbatha is dripping with too much sauce and looking like a dream.

The actress moved to the US earlier this year after she expressed that she wanted to give acting in America a go.

After all her hard work of attending casting auditions, the actress scored a major role in August as part of the cast of Coming 2 America.

Since then Nomzamo has been living it up in the States with the likes of TV icon Felicia Mabuza-Suttle and has been spotted at A-list events.

Her latest snaps prove that she is indeed breathing the American air and dripping hard with that proper fashion sauce.

She shared snaps of herself at a Veuve Clicquot event on social media that had fans stannin over how gorgeous she looked.

“Never believe those who try to convince you that you don’t belong to yourself. Because you do.”

To show that she’s moving forward with life in the US, Nomzamo then added that whatever you do, never look back.

Never believe those who try to convince you that you don’t belong to yourself. Because you do. . @veuveclicquot #ClicquotCrew #ClicquotStyle #VCPC10