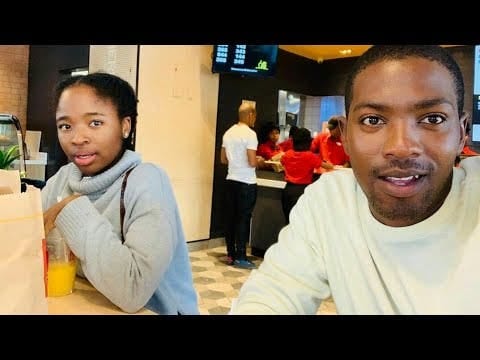 The two who play brother and sister Nonka and Njeza on the soap have a good friendship and are constantly hanging out.

Most fans wish the two were dating in real life.

Although Nkanyiso Makhanya has had some acting in the past, Thuthuka Mthembu, 22, had never acted in any film and she didn’t want to act and her first gig as was on Uzalo in October 2018.

So she’s not worried about people saying she can’t act.

Nkanyiso almost didn’t appear on Uzalo as he had auditioned on another show produced by the Uzalo team, however he didn’t get the role but they offered him a role on Uzalo instead.

Said Nkanyiso on his audition

Stained Glass productions which produces Uzalo had open auditions for a new show they’re working on called Delakufa. I attended the open auditions in JHB and I didn’t get a call back (sad moment for me) a couple of weeks later I got a call from my agent, saying that I auditioned for Delakufa but the producers want me for a new character on Uzalo. I couldn’t believe it.