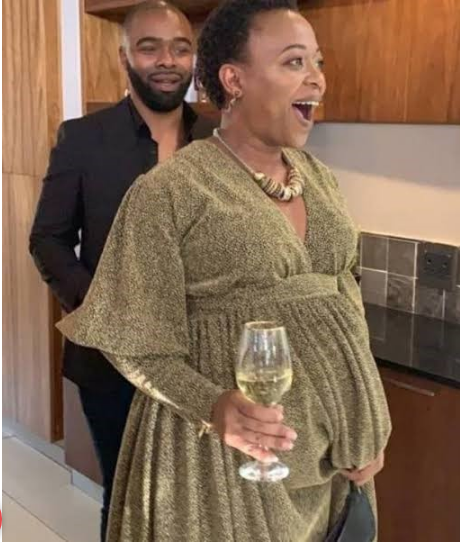 Concerned Fans and followers on social media have wished one of Mzansi’s TV stars a quick recovery after she announced she is not feeling well! Earlier on, News365.co.za reported that Generations: The Legacy star Manaka Ranaka who plays Lucy, is expecting, and as a result, she will halt shooting to take a short break while she awaits her bundle of joy.

Yes, that was true it is happening. Also, News365.co.za revealed the man behind Manaka’s pregnancy aka her baby-daddy who she has been posting on social media for a while now.

During pregnancy, it is common for women to feel sick more especially the first trimester and the last trimester due to the body getting itself ready to bring out a human being. For this reason, alone I would say it’s much easier to go through pregnancy when you are at least in your twenties. Nonetheless, it looks like mother nature did not spare her from this process either.

She posted on her Instagram page that she is not doing well and the only thing she could stomach is a porridge that her dad made for her. She is lucky to have a supporting family. Last week she celebrated her 20 years of acting and her entire family was there, especially Dineo who has a demanding career as well.

‘Meal for the ill.. motogo wa ting prepared by my dad. This is about the only thing I can eat right now. Not feeling well at all‘, she wrote.