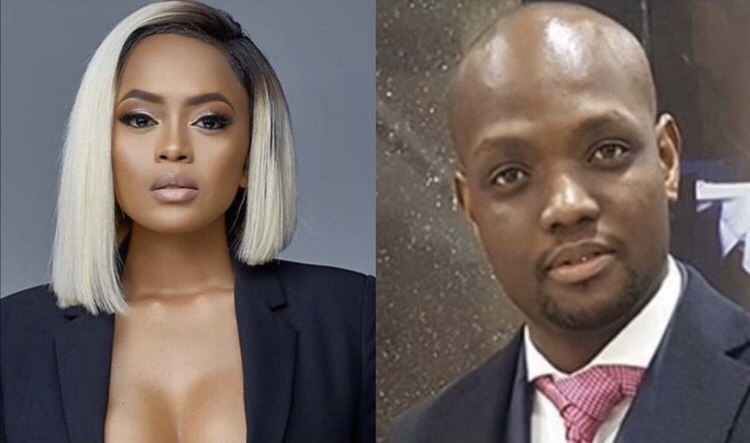 Fairytale character Pinocchio is famous for having a nose that grew longer with each lie he told. Metro FM presenter Lerato Kganyago would suffer the same fate were she not a real person . . .

This was the sentiment among the SunTeam’s informants, who claimed the showbiz darling meant no harm.

Asserted the informant: “She was only trying to protect her brand, which she’s worked very hard to build.”

This as the former Project Runway presenter allegedly lied about separating from her hubby, Thami Ndlala, to whom she’d been married since March.

But informants insisted the couple was still playing house.

The pair was spotted this week in Hyde Park, north of Jozi, driving around in Thami’s Bentley with the personalized number plates, Ndlala L.

An eyewitness said Lerato – wearing a baseball cap – was behind the wheel while Thami lounged in the passenger seat.

They were driving from the Hyde-Park Mall side heading toward Sandhurst, north of Jozi.

Insisted on the eyewitness: “I was intrigued when I saw the personalized registration plate, with Lerato driving.

“When I went online to her Instagram page, I found an image of her wearing the same cap among her pictures.”

According to another source, Lerato and Thami’s relationship was more solid than ever.

Explained the insider: “They’re still going strong although they’ve decided to keep their relationship under the radar due to Thami’s personal issues.”

On Friday, the SunTeam spotted Lerato driving the same Bentley to and from her work at the SABC.

The SunTeam’s probe uncovered that the car is registered to a guy named Sello Joseph Radebe.

Another source claimed Lerato feared to leave Thami because he knew too much about the skeletons in her closet.

“We aren’t sure what’s really happening or whether it’s love or not,” the mole said.

“But they seem happy and Lerato knows what she’s doing.”

Another source, who spotted Lerato driving Thami’s Ferrari, said the two had never been happier.

Concluded the source: “She knows him better than we do.

“They’re adults and should be given space to enjoy their relationship because, at the end of the day, it’s theirs and not ours.”

When contacted for comment, Lerato denied that the two are back together.

But she said the two families have intervened were involved in talks in a bid to resolve their issues.

Rami Chuene roasted for her comments on Shauwn Mkhize’s posts