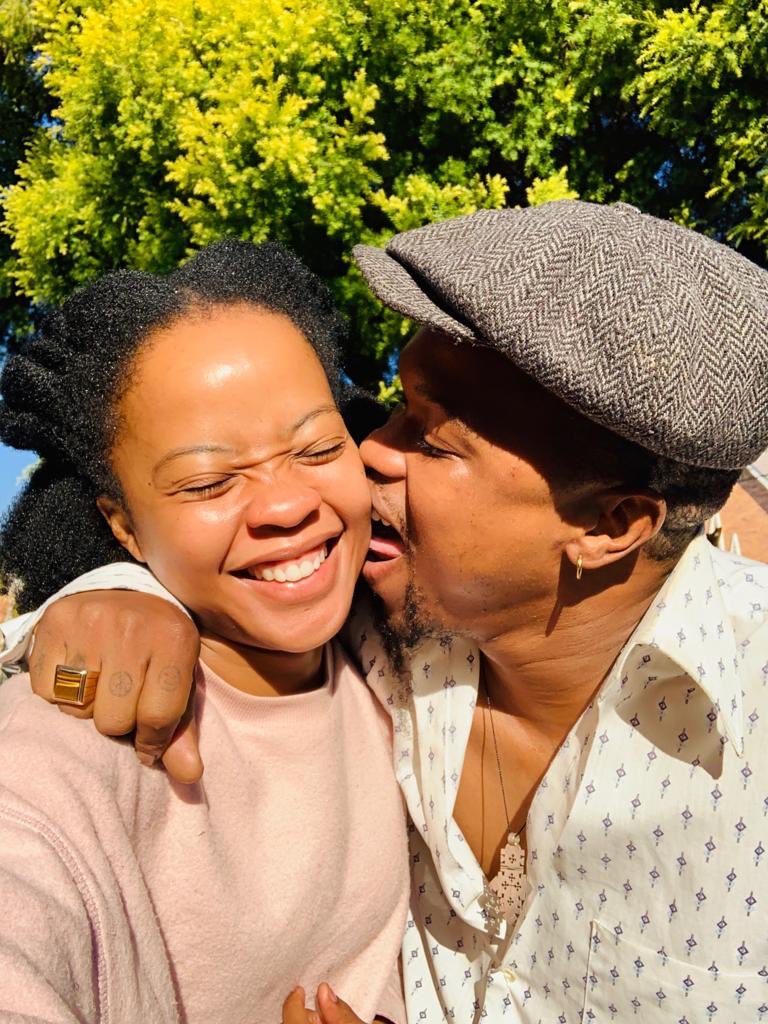 There has been a number of Twitter meltdowns in the past, where celebrities lose their sense of upholding their public image and just go about sharing their pain for all to see.

Such was the case with Mzansi’s much-loved television presenter and hip hop commentator Siyabonga Scoop Makhathini.

Earlier in the year, he was the talk of the town after going on a rant about his girlfriend’s cheating escapades. In interviews, Scoop usually spoke highly of his girlfriend, Akhona Carpede and one always got the sense that he truly did love her. Which explains why he didn’t take kindly to the alleged infidelity.

A few days after the saga, there was a video that made its rounds on social media, where Akhona is seen cosying up with her new alleged bae.

Since then, nothing from Akhona and Scoop’s end has been publicised. BUT….it seems the wheel has turned its tide.

Advertisement
wishful caption. Tweeps were quick to conclude that these two have gotten back together.

SBWL TO BE BWL BY HER!

A post shared by THEONLYSCOOPMAKHATHINI (@theonlyscoopmakhathini) on Oct 7, 2019 at 9:29am PDT

Prio to that, a Tweep had asked Akhona where Scoop was, to which he replied: “SBWL TO BE BWL BY HER!”

The TV presenter never confirmed anything, however in one of Akhona’s Insta stories, she replied to a curious follower, after mentioning that Scoop was missing her.

Check out the video below, which was posted on entertainment Twitter page, All The Latest:

Do you think these two are back together?