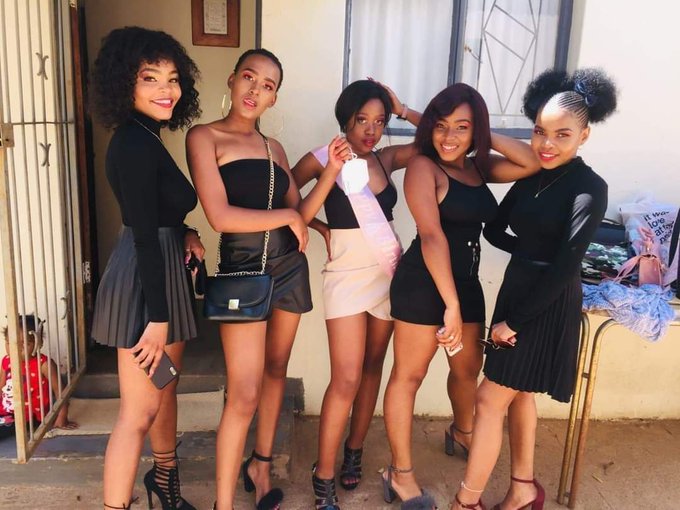 Do you still remember ealier this year, when we had this young lady who was trending on social media platforms for blowing a whistle while dancing in a club?

Well, this time around we have a group of young beautiful ladies who were dancing for a track that has recently just got released, called John vuli gate. Those ladies were celebrating a birthday of one of their own so they were dancing at a filling station, where they were taken a video while dancing.

Why I hv so much Respect 4 this kids, No male blesser was seen in da video.Dey didnt take da video 2 try impress some1. Da girls had fun which was self created.Dey worked with what dey had/could afford. No expensive car nor champagne in the background.#johnvuligatechallenge pic.twitter.com/rTzeVvxhaV

The girls have caused a stir on social media platforms, being praised for their beauty and dancing skills on the track, others are making challenges by observing how they are dancing.

Their video has gone viral and everybody loves it.The girls are so neat and dancing well for the track that is what got the country talking on social media platroms.

One of the girls have been chosen to be the leader of the girls as she is the one who is clearly visible on the video while dancing.People are also making fun of it by outlining and classifying the clothes that the girl was wearing to be the ‘JohnVuliGate’ kit.

That has been the talk of the town today, everyone having their dancing video and pictures on their statuses or posts.People have even labeled the girls to be the ‘JohnVuligate Stocko’.

In our slang language, when we say ‘stocko’ we always refer to a beautiful lady, who could possibly be attractive to the eyes of every men. But after the challenge, a new definition of what they are referring to as they call the ladies ” Stocko” has been released, and now the meaning says it is a beautiful girl’s with no brains.

“My Daughter Locks Herself Up In Her Room Every Two Days, I Put A Camera In Her Room & Saw This”