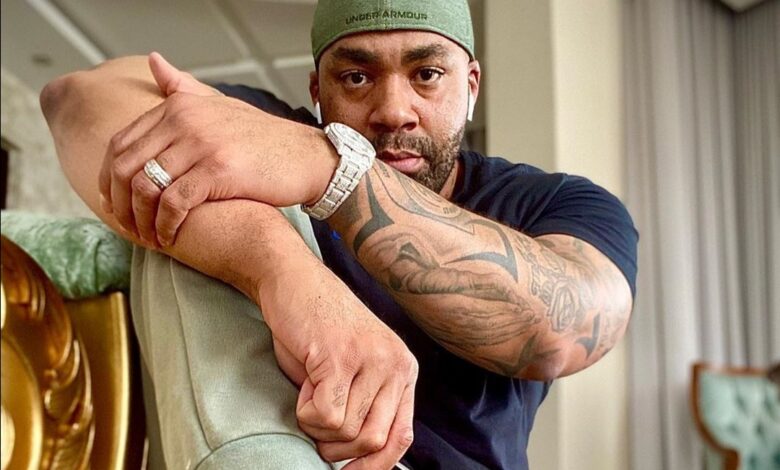 In a recent post, the trailblazing TV producer rewarded himself with a custom made diamond chain, made by his trusted jeweller. He thanked his jeweller in an appreciation post while blasting trap music in the background like the real OG that he is.

The pristine diamond chain looks quite expensive and had the Ferguson Films logo on it, the fine details look extremely impeccable. Shona is never afraid to spend on himself or his family, he has the money and knows how to use it. With his talent and his numerous streams of revenue, Shona has amassed a lot of wealth along the way that helps maintain his expensive lifestyle.

His net worth is estimated to be $1.5 million. Shona Ferguson is one man who seems unstoppable and is on a path to become great and keep becoming great. His talents have shown off and that’s why he lives so lavishly with his family. Nothing will stop to pursue his dreams.

Shona started working as a DJ at The Palace Hotel Night Club in Lesotho. Soon he found himself pursuing an interest in acting and he seemed to love it. He made his first debut on Generations as Ace, but he left Generations and went to audition for the soapie, Muvhango in 2006. Fast forward to 2011, Shona bagged a role on the TV show The Wild. On this show, he was depicted as a powerful and charming community leader that would do anything to protect people from all social ills. His other television roles include Tyson in Season 1 of Isidingo, J.B. Bogatsu in Rockville, Alex in Scandal and Jerry Maake in The Queen.

Today, Shona co-owns Ferguson Films, a film-producing company that he founded together with Connie, his business partner and wife. The production company has birthed many television shows that keep viewers glued to their screens every day.

Advertisement
Related Topics:Shona Ferguson.
Up Next