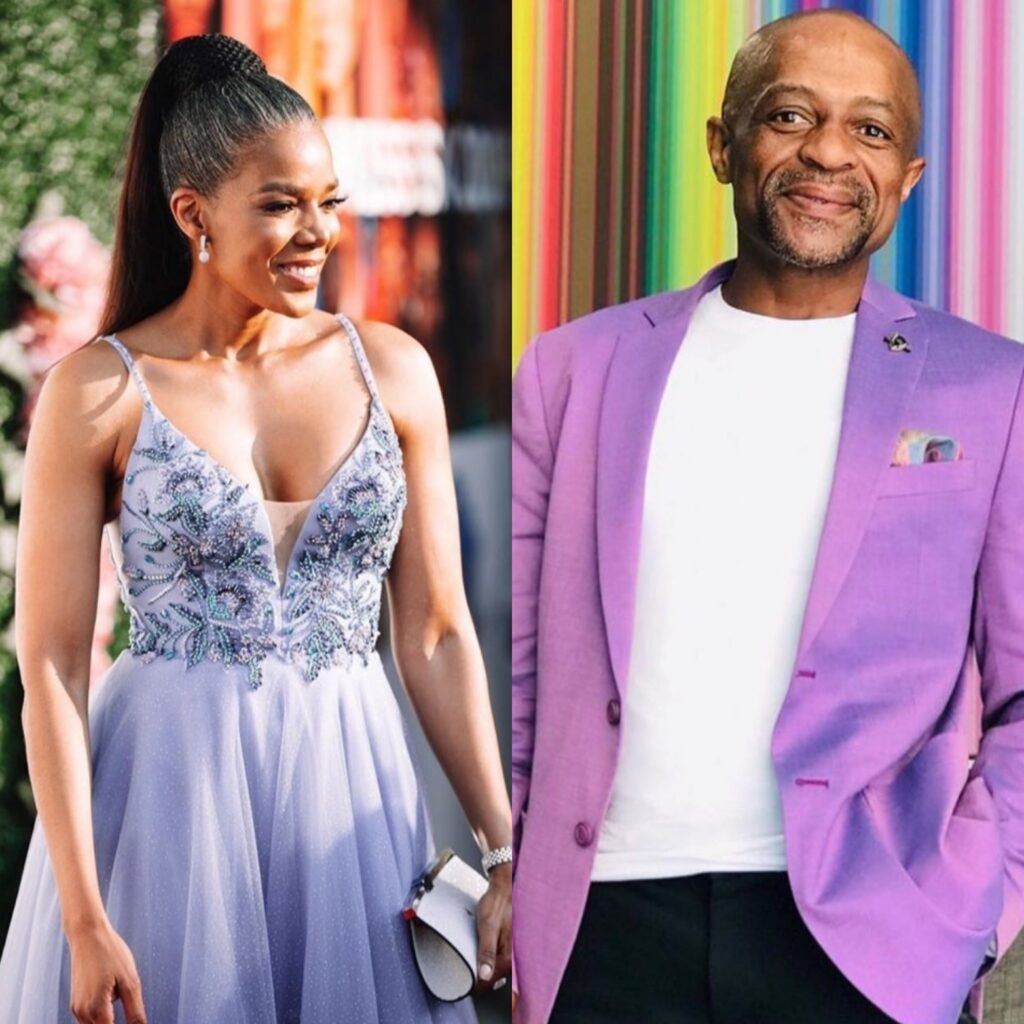 Before she became Shona Ferguson’s other half, Connie Ferguson was once known in the film industry as Connie Matsunyane.

Back in the 90s when was starring in the Generations series, she was using her ex husband, Neo Matsunyane’s name.

Neo Matsunyane and Connie Ferguson were once husband and wife at some point. They got married in 1993 and their marriage lasted for 5 years, they got divorced in 1998.

The former couple have a child together, Lesedi Matsunyane Ferguson who blessed them both with grandson Ronewa.

Although the couple is divorced, they’re in good books and they occasionally make social media posts about their extended family.

Neo also tags Connie’s husband Shona Ferguson in some of the posts, proving that they all respect each other and there is no bad blood.

Neo Matsunyane is one of the recognized name in the film industry, having acted and directed in several TV films and soapies.

He is known for his keen eye and demand for perfection.

He once revealed his his work in Skeem Saam pushed the SAFTAs into making sure the soapie won, although it had been sidelined originally.

Skeem Saam had won every major accolade in its category, but the SAFTAS refused to recognize it, until the viewers; the people who support the show wanted to know why we weren’t nominated and only during the last week of the nominations did the SAFTA’s put in an extra category, so the people could vote, and Skeem Saam Won.

I was also nominated in the category for best director; one man up against directing teams from other Soapies.

Advertisement
Related Topics:Connie Ferguson.
Up Next

Zodwa Celebrates Level 1 By Dancing In Her Thong!