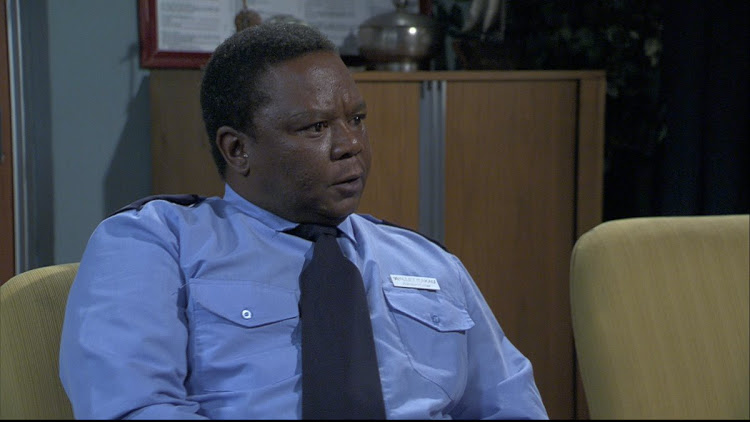 From its debut in 2011, till this day, Skeem Saam has given nothing but relatable content that speaks to the hearts of everyone.

No wonder it has become the third most-watched soapie in South Africa with 8million views, trailing behind Generations The Legacy with 9 million views and Uzalo with 10 million views.

The TV show boasts very intelligent, experienced and talented actors who have kept the show ever green in terms of viewership on SABC.

One of these actors is Molefi Monaisa who plays Wallet, a fun, intelligent and well-spoken fellow who sometimes sticks his nose in people’s businesses.

Apart from playing the role of the much loved Wallet who keeps viewers enthralled with his pompous high sounding English, Molefi actually does not have a higher level qualification apart from a certificate from Method Actors Centre in Pretoria.

He got his certificate after finishing his high school. He often recalls his gloomy childhood saying he couldn’t proceed from high school because his parents couldn’t afford to pay tuition fees for his university.

Molefi Monaisa, however, as intelligent as he is on the show, says there’s no difference between Wallet and Molefi.

The 49 year old is very passionate about theatre, is a poet in real life and is not married and does not have any kids – as he is on the show. He says he is very much happy alone with no family commitments.

Unlike what he portrays on the soapie, he, unfortunately, has never stepped foot in the UK, neither does he have the British prodigious lexicon he always wows his viewers with – in real life.

Molefi’s character made a debut in 2011 and has wowed views since, keeping them glued to their screens week in and week out.

Gogo Maweni From Izangoma Zodumo Finally Speaks Out: I’m Not A Witch